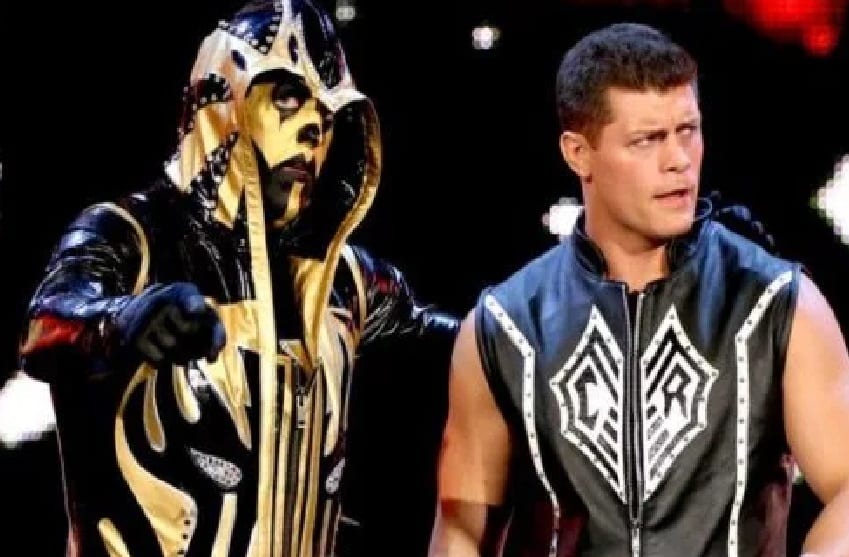 Goldust is a WWE Superstar who has been doing his thing for a very long time and at this point that probably won’t change. But his brother Cody took off and made quite a name for himself elsewhere.

With All In coming up tomorrow, it looks like he’ll be getting ready for a huge match where he goes for the NWA World Heavyweight Title against Nick Aldis. Goldust obviously realized how big of a day it is for Cody and he sent his brother out some great words of encouragement across company lines.

“Hey little brother, Cody Rhodes,” Goldust wrote, “I want to wish you the very best as you go to All In and fight for the coveted NWA World Heavyweight Championship. The world is watching you and what you have done is incredible. Try to enjoy the magic created.”

That was a pretty cool little mention from one brother to another. Only time will tell if Cody ever comes back to WWE, but he certainly has a fan in his big brother.

Hey little brother @CodyRhodes , I want to wish you the very best as you go #AllIn and fight for the coveted #NWAWorldHeavyweightChampionship . The world is watching you and what you have done is incredible. Try to enjoy the magic created. #ILoveYou #AllIn #BeAtHomeWatchin