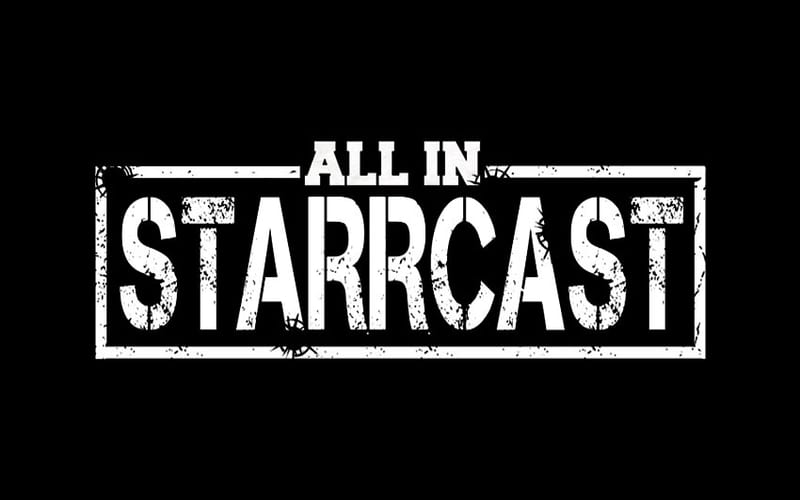 Starrcast and All In are both quickly approaching. With consistent news making the rounds in the lead-up to the event funded by Cody [Rhodes] and The Young Bucks, Conrad Thompson took to Sports Illustrated to go into detail as to how he got Starrcast approved.

Starrcast is a convention partner to go hand in hand with All In this weekend. The convention itself obviously has a basis on wrestling but focuses specifically on the podcasting realm of the business. Wrestlers and wrestling personalities of past and present will also be there to meet for those hoping to watch or attend.

Thompson explained the process he went through in pitching Starrcast to Cody, who at the time had a focus on All In itself and had no plans of doing any co-events.

“I swung for the fences, and tried to create what Cody calls the ‘Woodstock of Wrestling.’ Now it’s up to us to deliver, and I think we will.”

Thompson had the idea for Starrcast as early as January of this year. He revealed spotting Cody at the airport on the way home from the Tokyo Dome. Cody hit him up on Twitter asking if it was him, and one thing led to the next and Thompson ultimately had the chance to explain his idea to “The American Nightmare.”

“I ran into Cody at the airport in Atlanta this past January when I was getting back from vacation and he was getting back from Wrestle Kingdom. I wasn’t sure it was him because he was sort of incognito, but I recognized Brandi. A few days went by, and he hit me with a DM saying, ‘Were you at international baggage claim?’ I told him I had an idea, and that’s when I started to pitch it.”

You can find the DM below between Thompson and Cody, which shows the date Thompson asked and what Cody’s initial response was.

Cody had the following comments to make about Thompson and his involvement in Starrcast:

“Conrad is a fan and did not pretend to be a worker. He wanted to service the fans and be our partner, versus just piggyback. I sat with him in person, and anybody who brings me Johnnie Walker Blue is a ‘Nightmare’ family guy. I have a genuinely good feeling about his future as a promoter and business partner in my world.”

Thompson talks coming to the realization that he is helping to create a convention and explains how he wanted to make all his ideas a reality.

“I always thought, ‘If I had a convention, here’s what I would do. Now I actually have a convention, and I want to turn all of these ideas into reality. So we’ll have the ‘Eat and Greet’, you can call a match with a New Japan commentator, cut a promo with Sean Mooney, put on the Road Warriors’ spikes with Road Warrior Animal, and even put on a Ric Flair robe and have Tony Schiavone interview you on what looks like the old TBS set.”

In fact, Thompson has went into so much detail with Starrcast that even the menu available is wrestling themed, as showcased in the tweet below.

“We’ve put in a lot of attention to detail, which will really add to the overall experience. We’ve got Starrcast bottled water, Starrcast sharpies, Starrcast room keys, and the entire staff of the hotel will not be wearing Hyatt shirts, they’ll be wearing Starrcast shirts. Even our security is Atlas Security. If you’re a wrestling fan, you know those guys–they were in ECW, they were in TNA, and when the WWE relaunched ECW, they were there.

“It’s an immersive experience. When you walk through those doors, you’ll be entering the ultimate wrestling experience.”

Are you going to be watching Starrcast? What panels at the event are you most looking forward to? Let us know in the comments below.