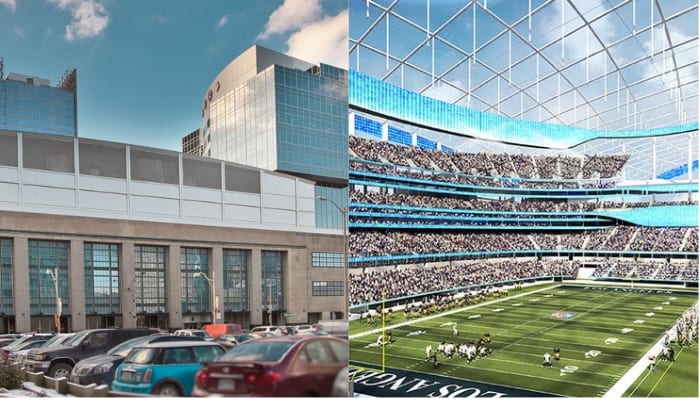 WWE has to plan their events in advance big time because they are all such large undertakings. At this point, they also have cities bidding on holding WrestleMania weekend.

Joe Peisich said on the latest installment of Barnburner’s Fired Up podcast that WWE is planning a few huge cities for upcoming events and one of them might bring 90,000 people to a WrestleMania down the line.

“It looks like WrestleMania 36 in 2020 will happen in Minnesota, the home of this past year’s Super Bowl.”

“WrestleMania 37 this is where it sort of gets complicated. WrestleMania 37 in 2021 will likely go to Toronto or LA. Don’t forget LA has a new stadium that fits for wrestling fans 90-100,000 fans.”

Only time will tell where WWE decides to hold their big shows because they could pretty much pick their own location at this point. But it seems like fans in the Toronto area could have something to be very happy about regardless.