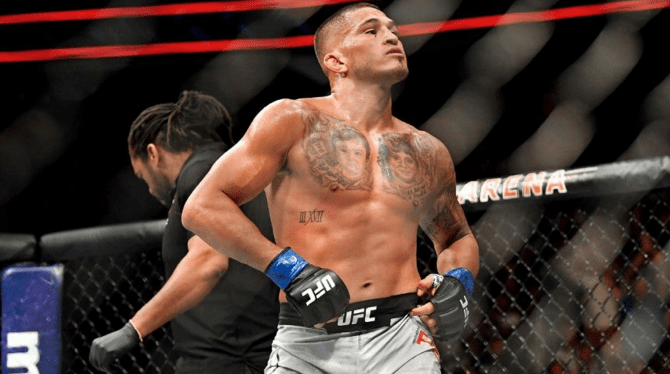 Showtime Anthony Pettis has had quite a swing in momentum in the last few years. In 2015 he was the lightweight champion, boasting an impressive 15-2 record and with no signs of slowing down. Then, at UFC 185, he suffered an embarrassing loss to Rafael Dos Anjos by unanimous decision, and it’s been a rough road ever since. As he told ESPN yesterday, he’s been attempting to overcome a mental block that sparked from that bout with RDA, and get back on track against next opponent Tony Ferguson.

RDA was the better man that night. I finally admitted it to myself. I was on top of the world and then that happens to you. I’ve never even been hit in any of my fights, basically. Then the RDA fight happens and you have to readjust. It’s a mental block. You know what happened and want to get past it, but you also know how good you are and it’s a battle in your own head that you had to figure out.

I love it. I think he has a great fighting style. He’s one of the guys who comes and brings it. I’m excited to get in there with a guy like that. He’s going to try to finish the fight, and that’s what I’m trying to do the whole time.