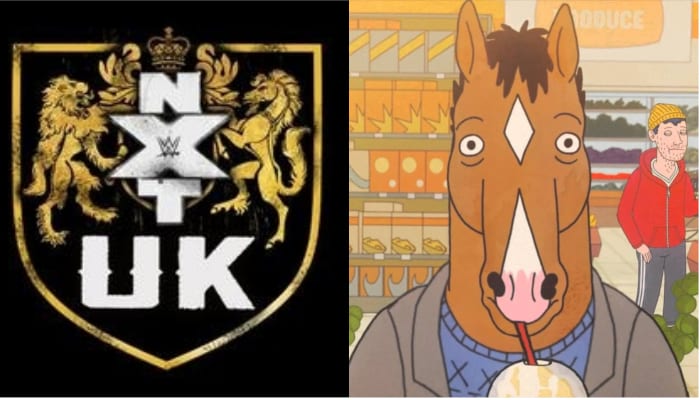 Bojack Horseman is one of the most popular shows on Netflix and it is the first Netflix original program to get picked up for syndication as well. Therefore, it has a fair amount of fans.

Zack Gibson, who competes on WWE’s NXT: UK roster is obviously a huge Bojack fan because he took the time to recreate the show’s unmistakable intro. He did his best to capture the scene shot for shot and even got a pro wrestling scene in the mix.

Another cool little Easter egg comes in the form of Jimmy Havoc standing in the background of one shot giving the camera the finger. If you catch it, let us know you saw him so we can give you a participation sticker.

Gibson won the last WWE UK Championship Tournament, but he lost to Pete Dunne and failed to pick up the WWE United Kingdom Championship from The Bruiserweight.