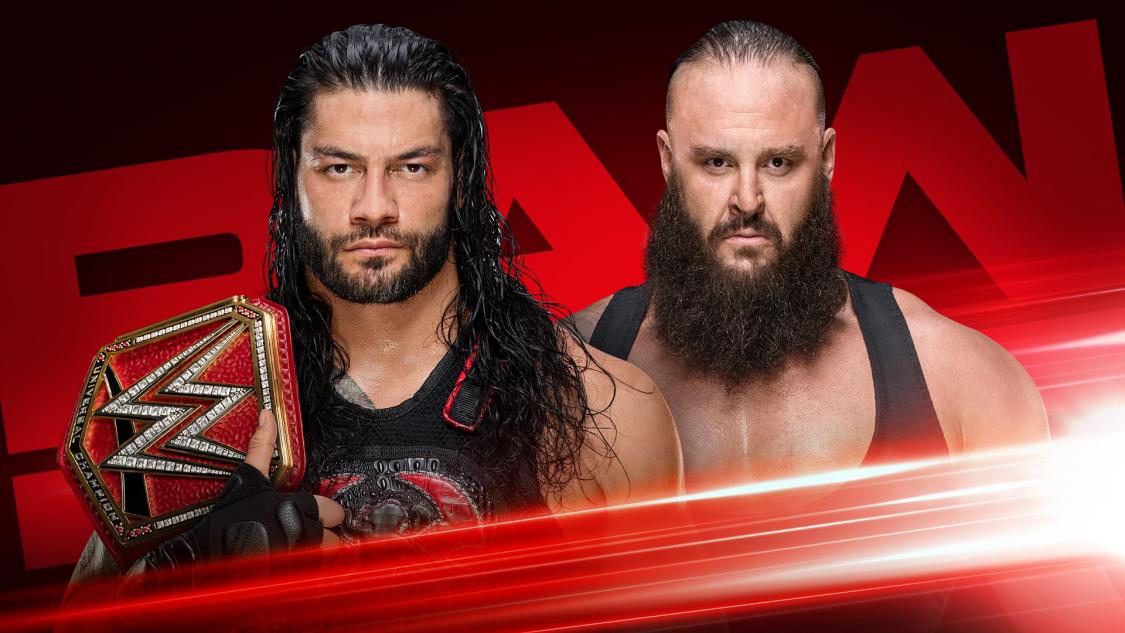 Tonight’s Raw is set to feature a blockbuster showdown between Braun Strowman and Roman Reigns. Last week, Reigns defended his Universal Championship against Finn Balor in a great match, and then Braun Strowman looked to cash-in his Money In The Bank briefcase. Instead, Dean Ambrose and Seth Rollins returned to help Roman, putting Strowman through an announce table, and re-reuniting The Shield in the process. In the past week, Strowman took to Twitter to call Reigns out and face him man-to-man in the ring tonight. Reigns called Strowman out for trying to cash-in after he wrestled a big match, and said he’d be happy to meet him in the ring. These two are kicking-off a new feud, which many will be fine with because the last time they tussled it was hugely entertaining.

For better or worse, Baron Corbin is in now in complete control of Monday Night Raw. Last week, Stephanie McMahon sent Angle on a sabbatical after she was attacked by Ronda Rousey. Baron Corbin was subsequently put in full control of Raw, and tonight marks his first show. What madness will Corbin bring to the show moving forward? Will he book Finn Balor in handicap matches? Will he book himself in Championship matches? We’ll find out soon.

All that and lots more to see on tonight’s Monday Night Raw. Remember to download the Ringside News app, follow us on Instagram, and enjoy the show!

News Tip
wpDiscuz
50
0
Would love your thoughts, please comment.x
()
x
| Reply
You are going to send email to
Move Comment