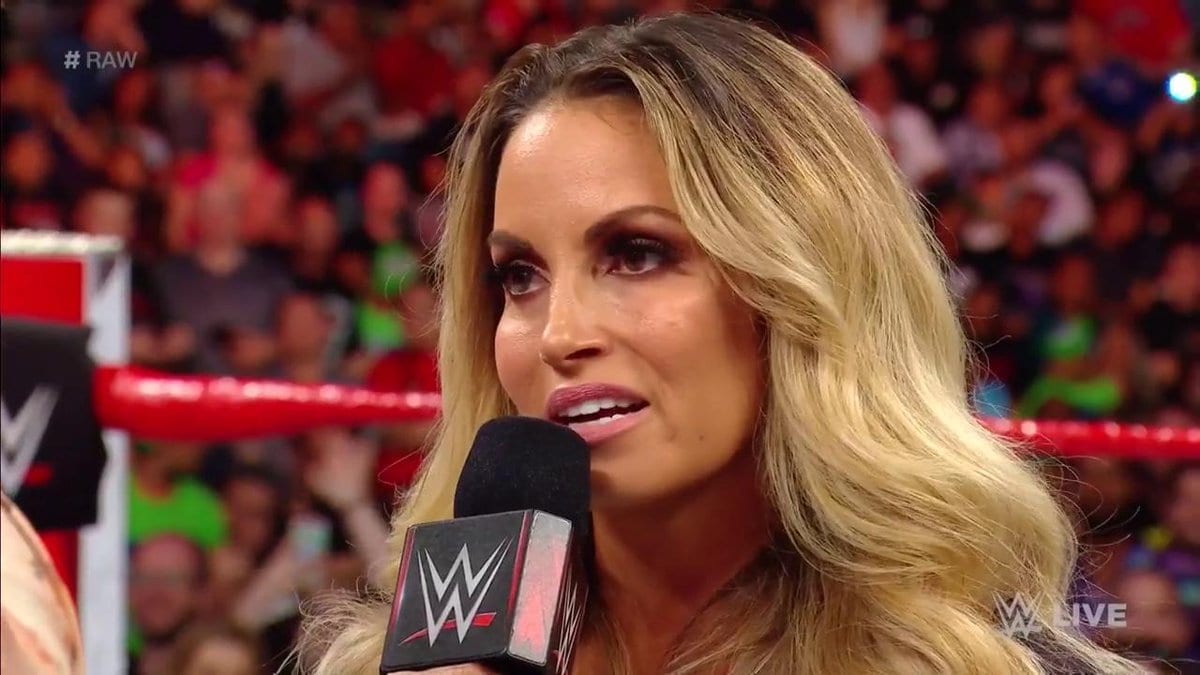 The WWE Hall Of Famer came down to give Elias a little Stratusfaction as the crowd soaked it all in. She said when he insults her hometown, he needs to shut his mouth. Elias insulted Toronto hockey team and that really set off the crowd.

Trish returned fire by saying Elias will never win a WWE Championship. Then she proceeded to plug the upcoming Evolution pay-per-view where she will face Alexa Bliss.

After insulting Trish, Elias got slapped in the face and Ronda Rousey came out for the next segment.