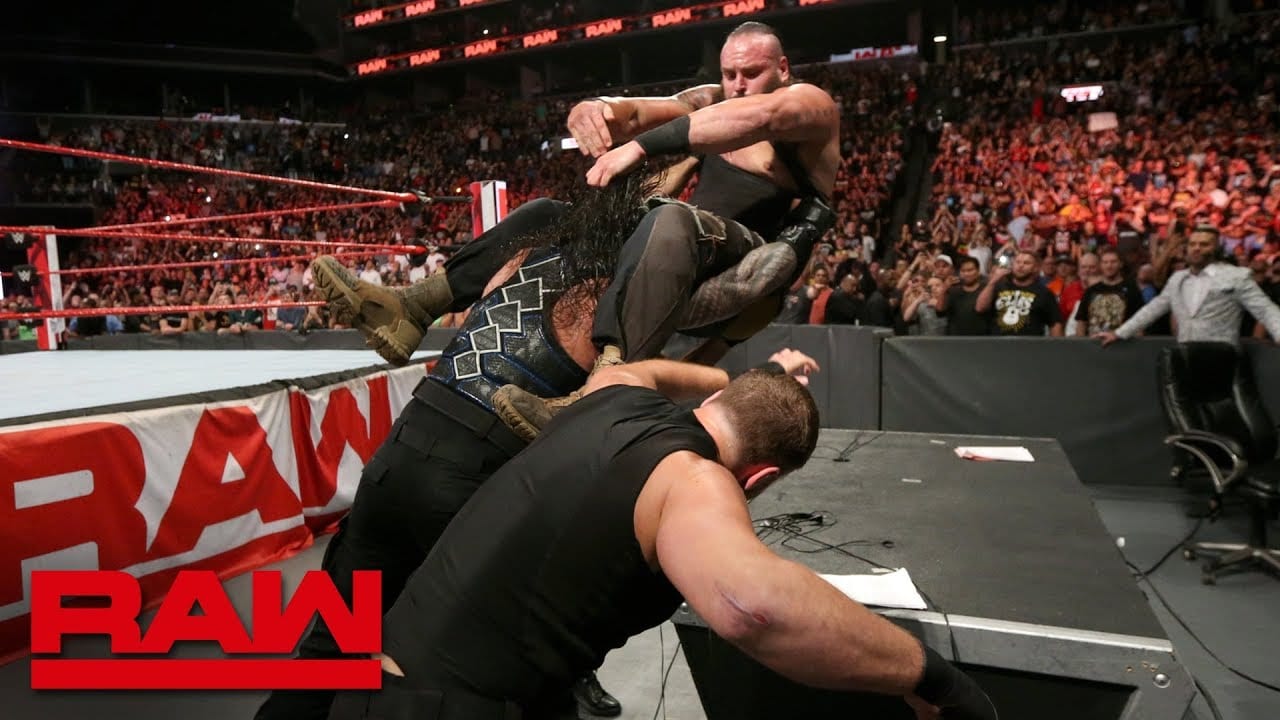 The Shield are back and they stopped Braun Strowman from cashing in his Money In The Bank briefcase when he was trying to cash in like a good guy. After all, he told Reigns to be prepared… but then his buddies came down to stop Braun.

This is still an on-going storyline so anything can happen, but at this point, WWE might be dangerously close to getting the entire Shield booed.

It was mentioned on Wrestling Observer Live that The Shield’s logic matches up with the reason why Strowman got a beatdown. With The Monster Among Men running around and tormenting everyone he could but throwing Kevin Owens into a portable toilet among other things, it really makes it seem like he has it coming to him.

But you also have to remember that The Shield typically engaged in heel tactics even though they were cheered. The only difference is that Rollins and Ambrose are now surrounding Reigns as Universal Champion. So only time will tell if WWE will be able to turn things around or better yet, create some reason for the fans to really cheer them.