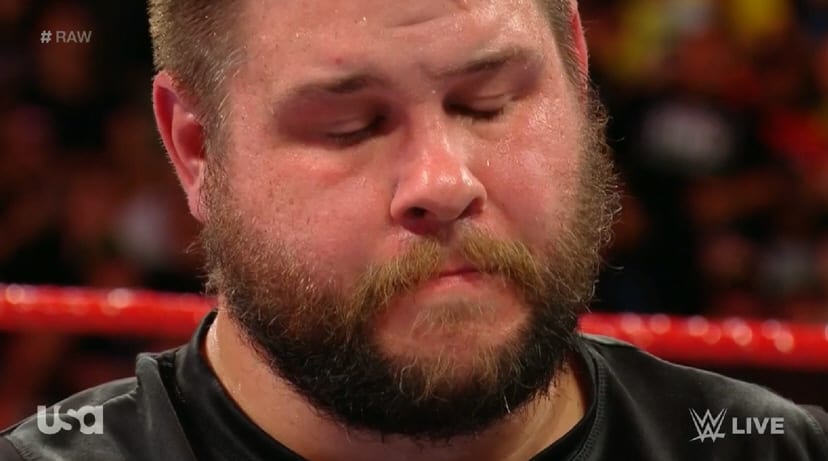 Seth Rollins came out with his Intercontinental Championship this week and cut a little promo on The Shield helping their brother out last week. Then he issued an open challenge.

Kevin Owens came out and popped the Toronto Canada crowd hard. Owens cut a promo for a bit and insulted the crowd in French after saying Montreal is better to get what heat he could in Canada.

Kevin and Seth took each other to their breaking point, but in the end, Rollins hit The Stomp and won the match.

Afterward, Owens sat in a steel chair in the middle of the ring and let the crowd chant for him as tears welled in eyes. It lasted like this through commercial and then Owens said, “I quit” and he walked off.

There was no other explanation than that. But Owens did previously say in the night how his career has been in a slump since arriving to Raw.