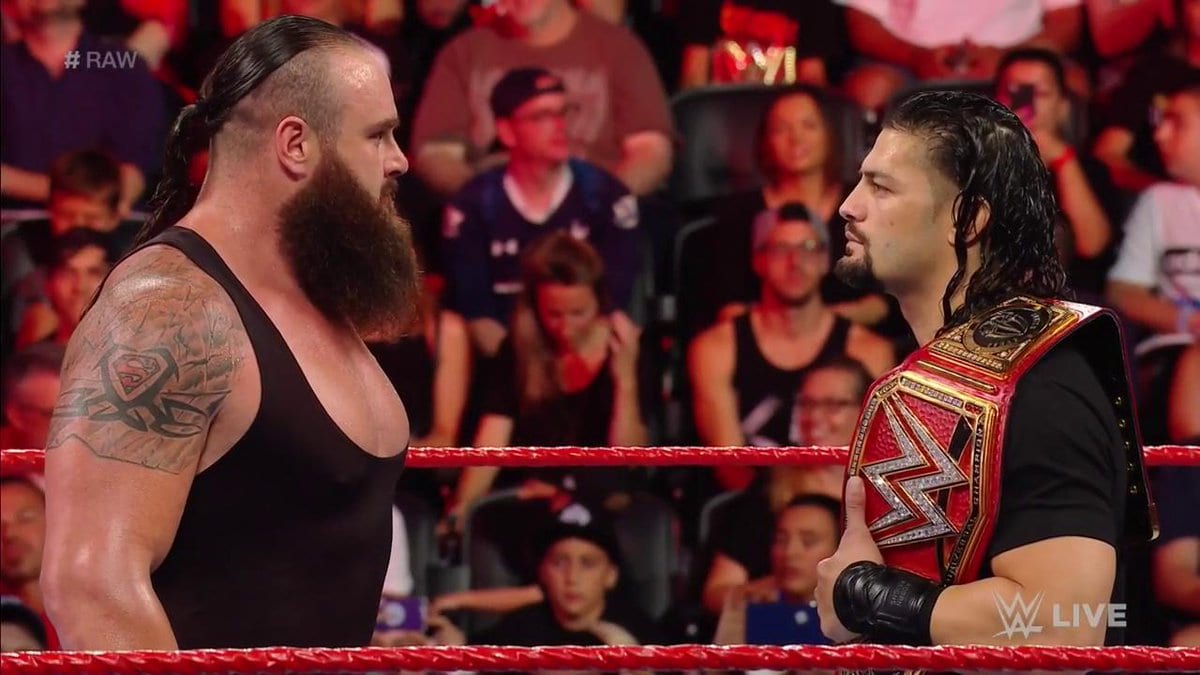 Braun Strowman came down to the ring to face Roman Reigns like he promised and after being dared to cash in his contract by The Big Dog, Braun said he’s not going to cash in his Money In The Bank contract until September 16th at Hell In A Cell.

The two babyfaces shook hands in the middle of the ring as the Hell In A Cell match was confirmed.

Dolph Ziggler and Drew McIntyre soon broke up the respectful exchange between challenger and champion. Ziggler and McIntyre said they needed a new challenge so acting Raw GM Constable Baron Corbin made the HIAC opponents team up against the heel team of Dolph and Drew.

It looks like Braun will no longer be known as Monster In The Bank after HIAC, but he could be called Universal Champion instead.

Match: MADE! @BraunStrowman tells @WWERomanReigns that he will cash in his #MITB contract at Hell in a Cell on #Raw! #HIAC pic.twitter.com/oRPsQvTF9P