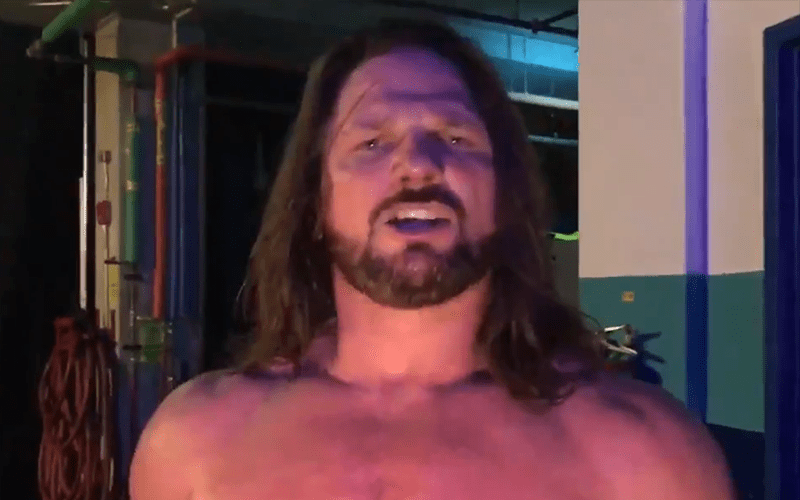 After the Phenomenal One emerged victorious in his matchup with Samoa Joe at a WWE Live event in Saint John, New Brunswick the WWE Champ snagged a microphone to promote his matchup with the Samoan Submission Machine at Hell in a Cell. He even teased a certain stipulation for their future bout.

So we’ve got Samoa Joe versus AJ Styles again for the WWE Championship. That’s good, that’s great! I’m even glad it’s not in Hell in a Cell. Not that I think you’re going to run, Joe. And even if you did – because you’re gonna to want to – I’m going to catch you. And this time, you won’t get back up.

Check out the full promo below.

After walking out of #WWESaintJohn victorious, @AJStylesOrg has some words for @SamoaJoe before their match at Hell in a Cell! pic.twitter.com/zKjmrowabv

What do you think RingSide…does this mean they’re going to add the cage?