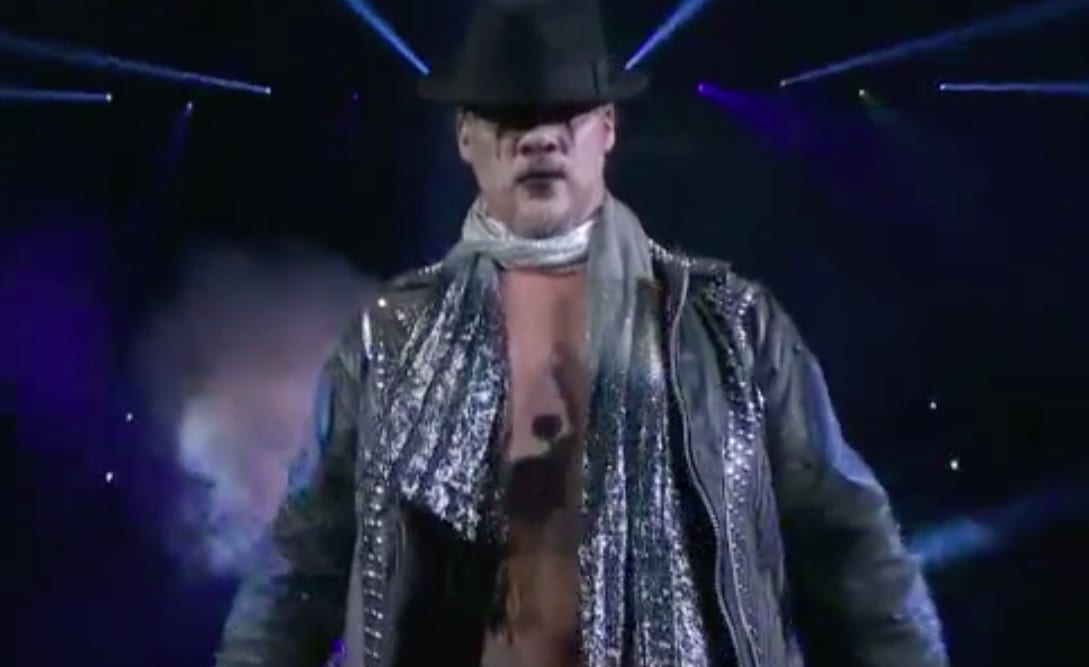 Chris Jericho shows up where ever he wants to at this point and that’s one of the perks of being Y2J. He recently appeared on Wrestling Observer Radio where he talked about a ton of things including his character and how he’s been able to keep it fresh.

Jericho is so dedicated to changing things up that when he went heel in NJPW, he did it up big and even told New Japan that he couldn’t wear his famous light-up threads.

“When I did the Naito thing with the makeup and stuff I just when I worked with Kenny he’s such a crazy character I thought these shorts with sparkles and rhinestones on them it doesn’t match. The light-up jacket, I don’t feel them anymore.”

“When I went to do the Naito match in Osaka New Japan wanted me to wear the light-up jacket and I said I can’t. I don’t feel it anymore. They were like, ‘we really want you to do it.’ I’m like, ‘I’m sorry it doesn’t feel right.'”

“What felt right was wearing long black pants and you know putting some makeup on and a fricken fedora, I don’t know why it’s just what I felt like at the time.”

You really can’t hate on Y2J for changing things up and there’s no denying what he does works because he obviously knows what he’s doing.