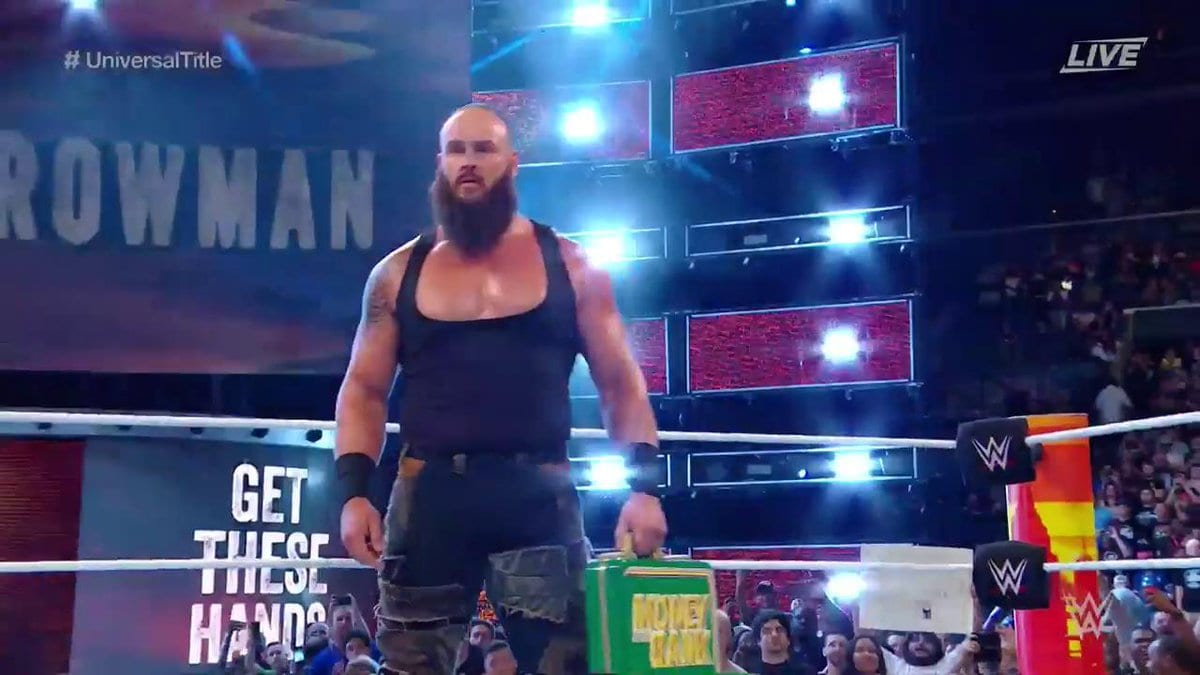 Braun Strowman is the Monster In The Bank and he’s bent on capturing Roman Reigns’ Universal Title. The biggest issue is that Seth Rollins and Dean Ambrose are in the way since The Shield got back together.

It sounds like Strowman is tired of playing games and he’s ready to face Roman like a man in the middle of the ring on Raw. Only time will tell how this one turns out, but it sounds like he expects to get some work done this Monday.

If Reigns comes out and joins Braun in The Big Dog’s “yard” then it could result in a new champion. But since The Hounds Of Justice is around, Strowman will probably have a tough time getting the job done… then again he’s taken out three guys before.

One thing is for sure, Strowman said if Reigns is a “real man” then he’ll come out to face him alone.