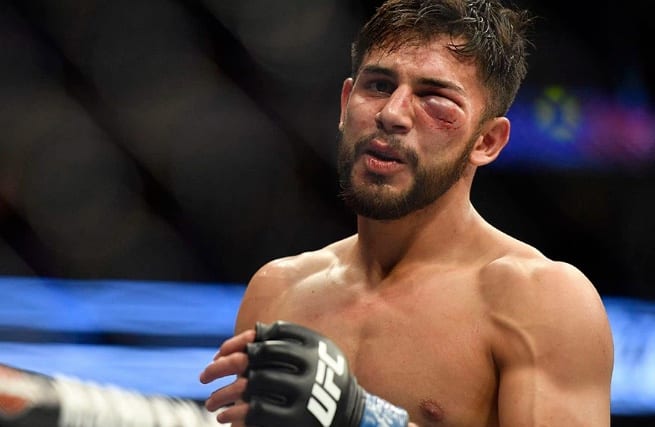 As reported by MMA Brasil, Yair Rodriguez has been ruled out of his UFC 228 fight against Zabit Magomedsharipov through injury.

The 25-year-old, who is considered to be one of the most promising young stars in all of mixed martial arts, will not be competing in Dallas, Texas against the promising Russian Zabit. This fight has been in the pipeline for a long time now, with Yair’s initial ‘fake news’ tweet regarding the fight announcement earning him a one way release from his Ultimate Fighting Championship contract.

Alas, the whole situation was eventually resolved with the fight being re-booked, but now, the Mexican will have to continue to wait for a chance to get back in the win column.

His last bout came against Frankie Edgar at UFC 211 in May 2017, during which he was forced to bow out due to a doctor stoppage thanks to a dominant display from Edgar. Despite that his overall record is still an impressive 10-2, and although Zabit would’ve been a difficult challenge for him, it’s still a shame to see that the fight won’t be going ahead.

The UFC are said to be actively looking for a replacement for Magomedsharipov, who will undoubtedly be very disappointed by this announcement.

The Dagestan fighter made a name for himself in ACB before transitioning over to the UFC, where he currently has a 3-0 record. Given the nature of the UFC 228 card as it stands, there will likely be a big campaign to find someone worthy of facing off against Magomedsharipov.