X-Pac opens today’s show by speaking about NXT Takeover: Brooklyn 4 from this past Saturday. He points out that the event got off to a red hot start with the tag team match between Moustache Mountain and The Undisputed Era. He thought this was the best match on the show, and he gives a whole bunch of credit to those four men.

EC3 and Velveteen Dream had the tough task of following the opening tag match, and some fans might consider this to be worst in a line of great matches on this show. X-Pac thinks someone like EC3 is very valuable on the main roster and he thinks WWE needs to call him up asap. Sometimes a specific performer’s skill-set is simply more applicable on the main roster than in NXT. 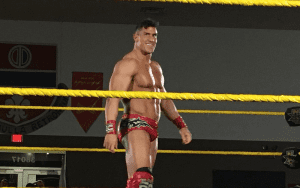 X-Pac enjoyed the North American Championship match between Adam Cole and Ricochet. He notes that Cole is a great looking guy who knows how to tell stories. His in-ring psychology is great, even though he might be known more for his athletic style. Speaking about athletic styles, X-Pac is a fan of Ricochet but notes that there’s a few things in Ricochet’s ring work that could be adjusted. If Ricochet makes those adjustments, he’ll be in a league of his own in X-Pac’s opinion.

He thought the Women’s Title match between Shayna Baszler and Kairi Sane was terrific, even though it was placed in a very difficult position on the card. He loves how Baszler has implemented some new things into her style as she’s progressed in NXT. The finish did not surprise him at all, and it also wouldn’t surprise him to see Baszler called up to the main roster at some point.