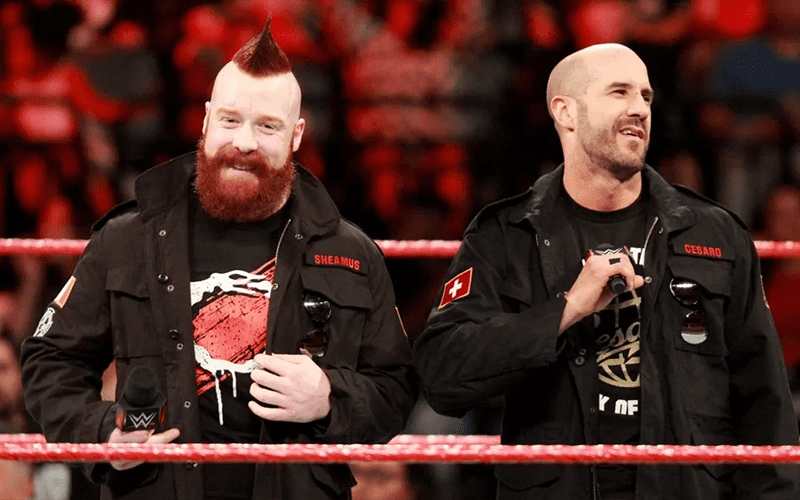 During a Cricket Wireless Q&A featuring Charly Caruso, Sasha Banks, and Sheamus, the former RAW Tag Team Champion revealed what his hilarious nickname is for his partner Cesaro.

SmackDown Live’s Sheamus was asked which team he would have liked to come out on top at SummerSlam. “The Celtic Warrior” confirmed he would rather the Bludgeon Brothers come out on top, as he and his partner would like to take them on, as they’ve never fought before.

In the process of delivering his answer, Sheamus referred to Cesaro as ‘Tony.’ This led Banks to question who he meant. Here, Sheamus would confirm his hilarious nickname for Cesaro is ‘Big Tony.’ He said Cesaro wants to and likes to be called that, as opposed to Cesaro.

The name is likely a reference to his longer WWE name. Once upon a time, Cesaro competed in WWE as ‘Antonio Cesaro,’ before his first name was dropped and his character was refined into the “Swiss Superman.”

As we know following SmackDown Live this week, Erick Rowan is now injured and The New Day are the SmackDown Tag Team Champions. This means Sheamus and Cesaro will likely not have the ability to face the Bludgeon Brothers as they would have liked any time soon.

What are your thoughts on the nickname? Do you think Cesaro has a nickname for Sheamus? Let us know your theories in the comments down below.