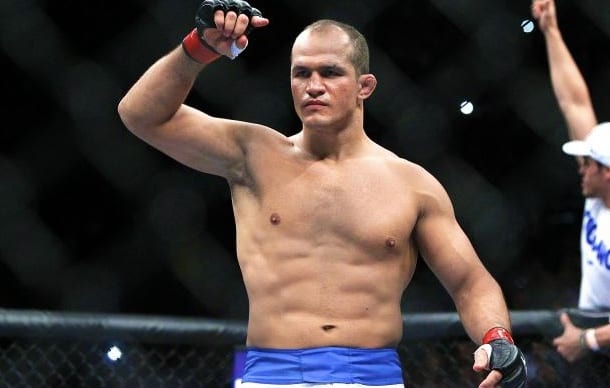 Former UFC Heavyweight Champion Junior dos Santos has revealed during an interview with MMA Fighting that he believes he will fight for the title again at some point in the future.

dos Santos, 34, has gone 4-4 in his last eight fights, and is coming off the back of a unanimous decision victory over Blagoy Ivanov back in July at UFC Boise. JDS has always been someone who is more than capable of knocking out any heavyweight fighter that is put in front of him, and now, it seems as if he’s more than ready to step up to the title picture once again when called upon.

That’s what I’m here for. I’m motivated. I’m 34, but I’m feeling stronger, in a special moment in my career, more mature and motivated. It’s inevitable that I will fight for the belt again. It will come eventually, there’s no escape.

Many fans have suggested the possibility of him squaring off against Stipe Miocic for a third time, with the two men sharing a win each against one another. Neither is currently scheduled for a fight so it does make a lot of sense, but it all depends on whether or not Miocic will continue to wait it out in an attempt to get an immediate rematch against Daniel Cormier.

The heavyweight title picture is certainly an interesting one at this moment in time, with all eyes being on Daniel Cormier as he gears up to defend his championship in a fight that nobody could’ve seen coming just twelve months ago – DC vs Brock Lesnar.