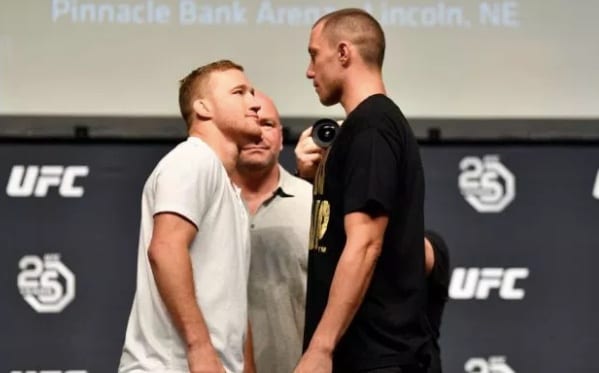 As seen on Sky Bet, the updated betting odds for the Justin Gaethje vs James Vick fight this weekend have been released.

The two men will go head to head in Lincoln, Nebraska as they attempt to both climb the ladder up the lightweight division. While it isn’t necessarily a grudge match they certainly haven’t been shy in letting one another know what they think, and come fight night, they’ll be able to settle their differences inside the Octagon.

In terms of the odds, James Vick is coming into the bout as a convincing 8/13 favourite whereas Gaethje is the 5/4 underdog.

The former WSOF Champion has suffered back to back losses in decisive fashion as of late against Dustin Poirier and Eddie Alvarez, with Vick riding a four fight win streak in contrast to that.

A win here isn’t going to thrust either man into the top five of the most stacked division in mixed martial arts, but what it will do is open the door for a range of new and interesting possibilities. Of course, it’s highly expected that this will be a stand-up war, with another notable bet being that ‘neither fighter to land a takedown’ is priced at 2/9.

Vick has been calling for a step up in opponent for quite some time now and this certainly fits the bill, even though he was initially supposed to throw down against Paul Felder in Boise who is also a tremendous fighter. Either way, we’re confident in saying that this is going to be one hell of a fight this weekend.