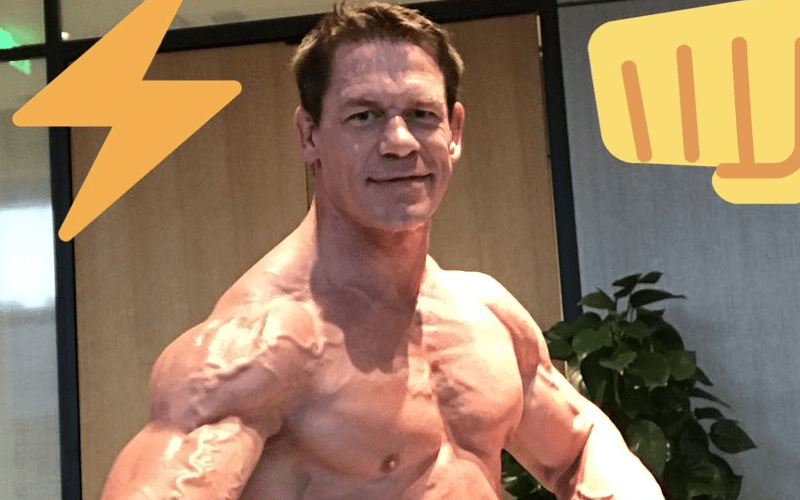 As previously reported, John Cena is scheduled to return to WWE at the upcoming live event in Shanghai, China on September 1st in a match that will see him teaming with  Finn Balor & Bobby Lashley to take on the team of Elias, Jinder Mahal and Constable Baron Corbin.

Cena took to Twitter tonight and shared this new JACKED photo of himself.