Ryback opens today’s show by discussing the death of Jim “The Anvil” Neidhart. He points out that he grew up watching Neidhart and the few times he met him he was a very sweet man. He notes that Neidhart is a very recognizable figure from WWE’s past, and his powerhouse style in the ring made him very memorable as a performer.

Ryback says it’s quite sad that Bret Hart is the only living member of the attitude era’s Hart Foundation. There’s no doubt that the previous generations of performers lived a harder lifestyle than today’s performers, but it was nice to see Neidhart conquer some of his personal demons over the last few years. He says it was also great to see Natalya wear Neidhart’s jacket to the ring at SummerSlam. 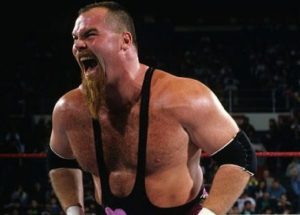 Ryback informs that he watched a couple of matches from NXT Takeover: Brooklyn 4 and he had to shut it off. He notes that there were several spots during the show where talents no-sold multiple moves in a row in order to continue executing more moves. He points out that the impressive Superkick from Adam Cole to a flipping Ricochet wasn’t even followed by a cover, and he couldn’t understand that.

He points out that he’s very impressed by all the athleticism that these performers show, but he adds that anybody can go out to the ring and no-sell everything. He notes that with a few subtle changes these matches could be improved tremendously, because the way they’re presented now is exposing the business too much. The biggest babyfaces in the history of the business sold their asses off, and when devastating moves have no effect, it exposes the business.