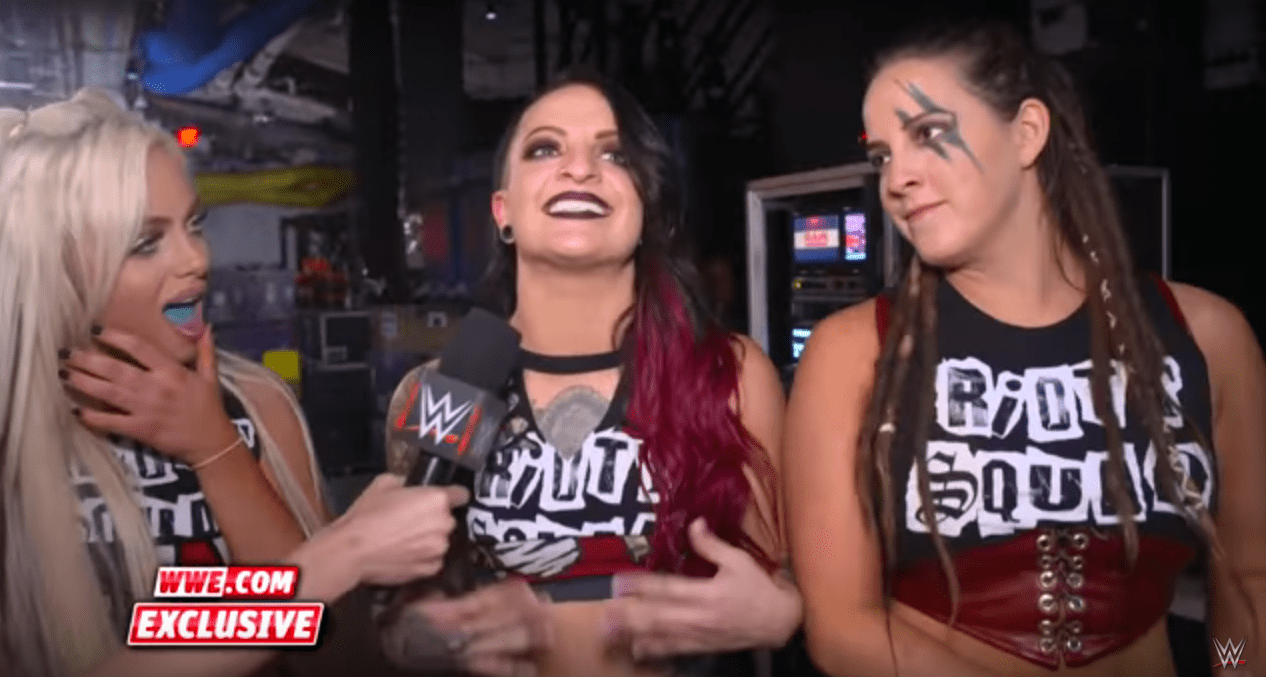 Ruby Riott, Sarah Logan, and Liv Morgan have been a thorn in the side of Sasha Banks and Bayley these last couple months, using the numbers game to their advantage to pick up a handful of victories over the Boss and Hug connection. This evening on Raw the trend continued when the Riott Squad stole a victory from Sasha, Bayley, and Ember Moon.

Now, in a WWE exclusive, faction leader Ruby Riott admits that they aren’t just trying to work their way up the division, but drive a wedge in the “fake” Sasha and Bayley friendship.

I’d like to say that this was over. That we were satisfied. That we’d had enough. But, the Riott Squad wants to show the world that Sasha Banks and Bayley’s friendship is a facade. It’s transparent, and we can see right through it. So until that day comes…we won’t be happy…until their unhappy.

Check out the footage below.