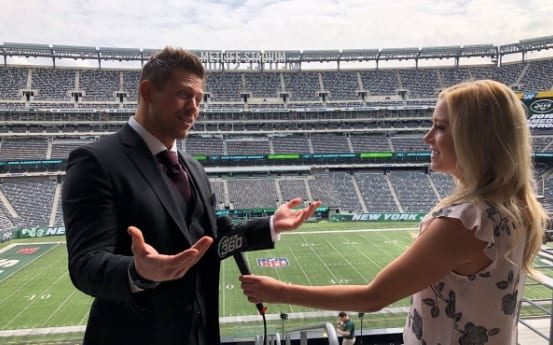 In the wake of his victory against Daniel Bryan at SummerSlam, The Miz is at MetLife Stadium in order to make an announcement related to WWE and the New York Jets.

The Awesome One, who could well be on a collision course with the WWE Championship in the next few months, will likely be addressing his aforementioned win over Bryan on SmackDown Live tonight. Now, however, his priority seems to be making some kind of big announcement.

MetLife Stadium will serve as the host stadium for WrestleMania 35 next year, so there’s a chance that it could be related to the event itself given that it’ll be the next major WWE show that goes down in the city.

Miz is arguably on the run of his career right now, with his win over Bryan being one of the biggest of his career. He’s been slowly taking on more and more responsibility as a ‘company man’ for WWE over the course of the last few years, as evidenced by the fact that he’s being trusted with this kind of responsibility.

The Jets and WWE have had a series of crossovers throughout the history of the company, with Baron Corbin even posting up an image of him meeting members of the team. The connection between WWE and American football tends to be associated with Vince McMahon’s XFL project, and with that being set to return in 2020, it’ll be interesting to see what happens in regards to what this announcement could be about.