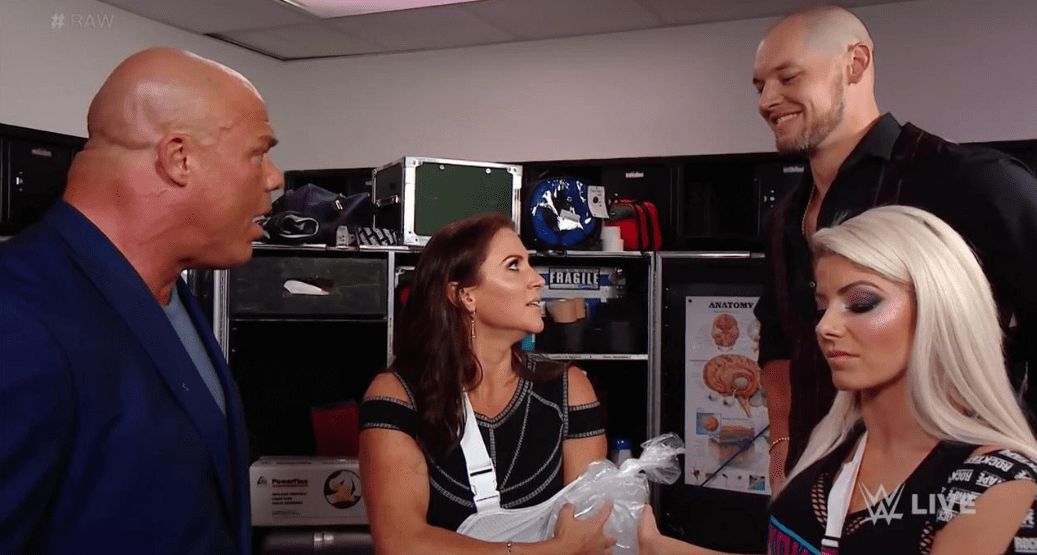 As seen on RAW, Kurt Angle was asked by RAW Commissioner Stephanie McMahon to go on a “vacation” for some time. She also appointed Baron Corbin as the “Acting General Manager” of RAW in Kurt’s absence.

Kurt seemed like he didn’t want to leave but Stephanie forcefully put him on the bench for the foreseeable future.

Angle took to his Instagram account to react to McMahon’s actions. He said that he doesn’t know if this “vacation” is temporary or permanent but he hopes that he gets back to his job sooner.

Angle thanked the WWE Universe and sent out his love to all his supporters.

I’m really sorry that I won’t be on Monday Night Raw for a little while. I enjoyed every minute of it with the WWEUniverse. I was told by @stephaniemcmahon that I need a vacation. I don’t know if it’s temporary or permanent. I Hope I will be back sooner than later. Thank you WWEUniverse. Much Love. #itstrue