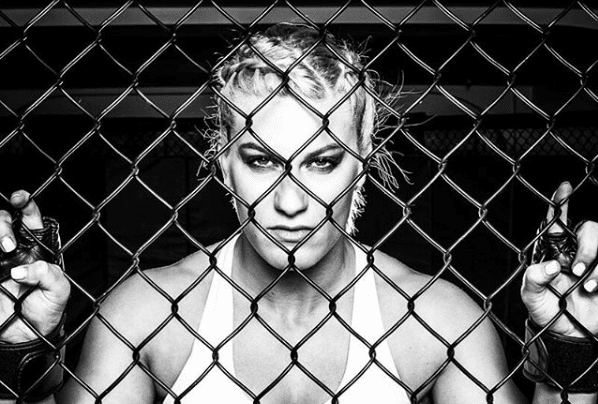 Kayla Harrison, an Olympic Gold Medalist in Judo, who is currently 2-0 in her professional MMA career, has often times been compared to Ronda Rousey – another Judoka who did extremely well in MMA.

However, Rousey’s MMA career unraveled pretty quickly with back to back knockout losses to Holly Holm and Amanda Nunes – both due to her deficiency in striking and wrestling.

And Harrison, who currently fights in PFL, has been watching keenly and taken notes.

Speaking to Brett Okamoto of ESPN, Harrison mentioned that she is wary not to make the same mistakes that led to Rousey’s eventual downfall.

I know Kayla Harrison, Ronda Rousey comparisons are a dime a dozen and I don’t love making them, but it’s impossible to not listen to Kayla talk about the skills she’s focused on and not conclude she learned something from the end of Rousey’s career. https://t.co/q0zhbcRbAG pic.twitter.com/RGwjkmcIzP

Harrison also promised that she would, eventually, fight the most feared woman on the planet Cris Cyborg someday.