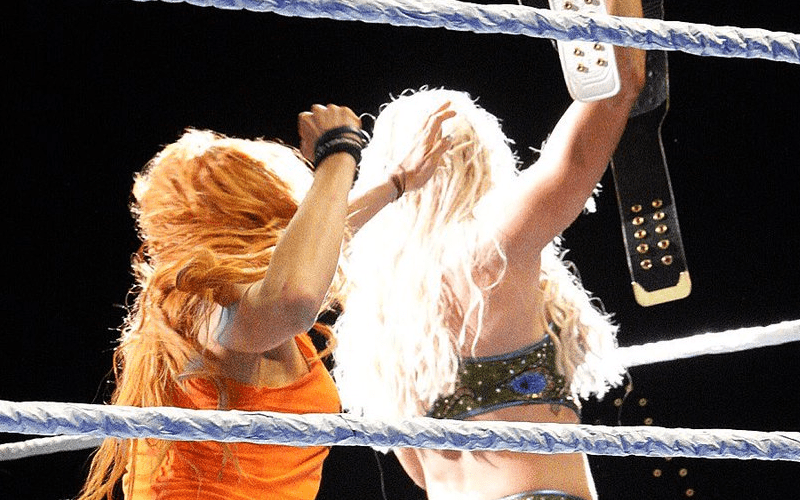 The Irish-Lass kicker was a few moments away from submitting Carmella and claiming her second SmackDown women’s title on Sunday until Charlotte surprised her with Natural Selection and secured the victory. Post-match Becky attacked her long time friend, clearly frustrated by the Nature Girl’s special treatment after Becky’s long climb from limbo back into the title scene. Regardless if this was intended to be a heel turn or not, the Brooklyn crowd at the Barclay’s Center cheered for her wildly during the beatdown.

And it happened again.

Last night in Atlantic City Lynch attacked Flair again after the latter competed in a matchup against the former champion Carmella. According to fans in attendance, Becky was once again cheered wildly. Thanks to @kimberlasskick and @simonealexxa for the updates.

Crowd chanted for Becky but obviously not as loud as Brooklyn snapped with her. But she played the heel for sure. The crowd didn’t care though. #WWEAtlanticCity pic.twitter.com/ypzelMcul5

Becky would cut a promo post beatdown that indicated her intentions:

You want to know why I did this? Well, Charlotte you have taken my opportunities for the last time. That’s my title and I’m coming…

Watch a full video of the segment below.

just in case anyone wanted to know what becky did/said tonight at #WWEAtlanticCity 🤪 pic.twitter.com/WFKPyaiGD1