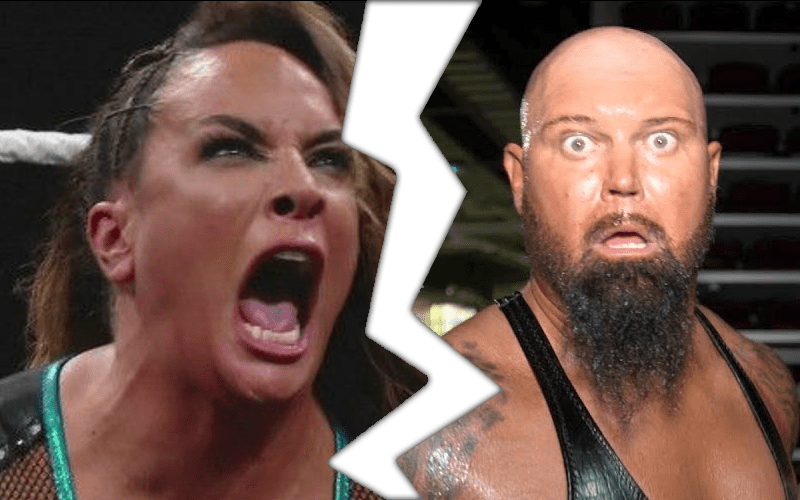 As reported earlier, Luke Gallows and Nia Jax have already parted ways after a one-day relationship. Gallows expressed his sadness through a tweet, right after his announcement and it seems like Jax has done the same.

Jax took to her Twitter to give a comment about her short-lived relationship with Gallows. Jax retweeted the initial tweet where Gallows announced the start of their relationship and said that she is unable to handle the tweet anymore.