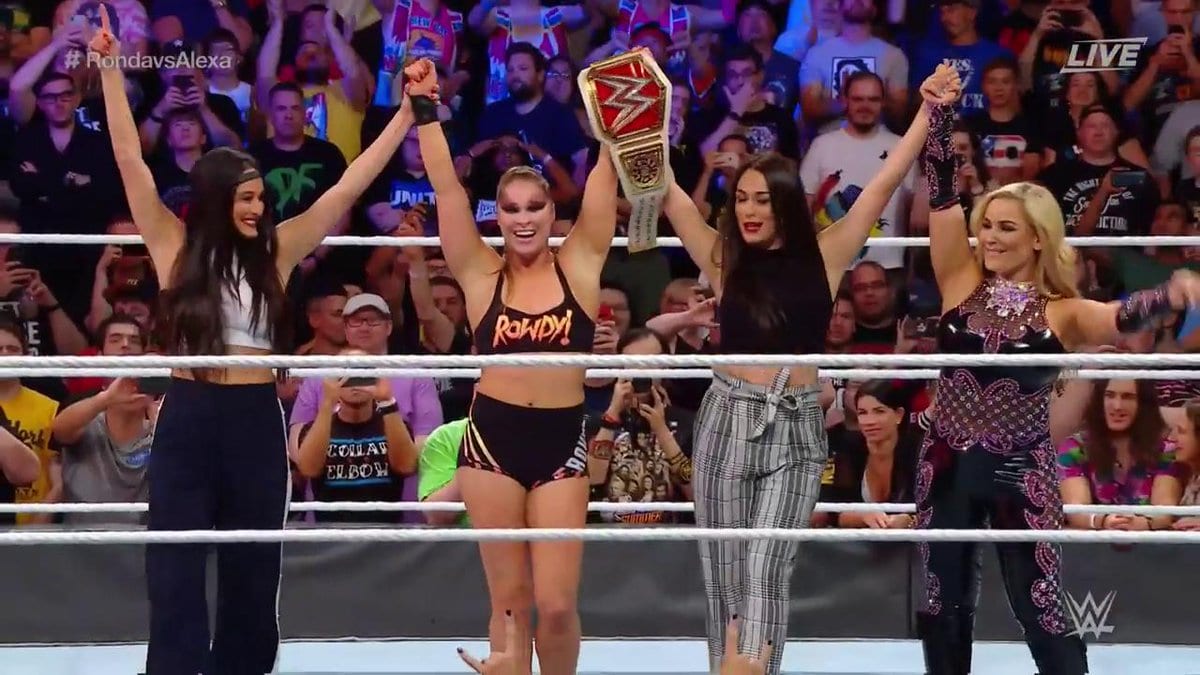 Ronda Rousey came into WWE at Royal Rumble and shot straight to WrestleMania where she competed in a huge mixed tag match and then she turned around and won the Raw Women’s Title at SummerSlam from Alexa Bliss.

This match didn’t go very well for Bliss in the slightest as she was ragdolled around the ring in a big way for a while. The Bella Twins had a front row seat and Natalya was also in Brooklyn as well who was quick to join her friend in the ring for a hug and celebration after she made Bliss tap out to her dreaded armbar.

Ronda Rousey was the first-ever UFC Bantamweight Champion and now she is the Raw Women’s Champion. Let’s just see how long she will be able to keep it with WWE being the way they are. Then again, she’ll have to come across someone who will beat her first.

The segment ended with The Bella Twins joining Nattie and Rousey as they celebrated in the ring. Then Rousey and Nattie left very happy about what had just gone down.

Sure, @RondaRousey will give you the ring… but that doesn't mean she won't take it back with PURPOSE! #SummerSlam #RondavsAlexa pic.twitter.com/pY2v0A38OT

The @BellaTwins have joined the celebration for @RondaRousey at #SummerSlam! #RondaRousey pic.twitter.com/L0XcZzJKP7