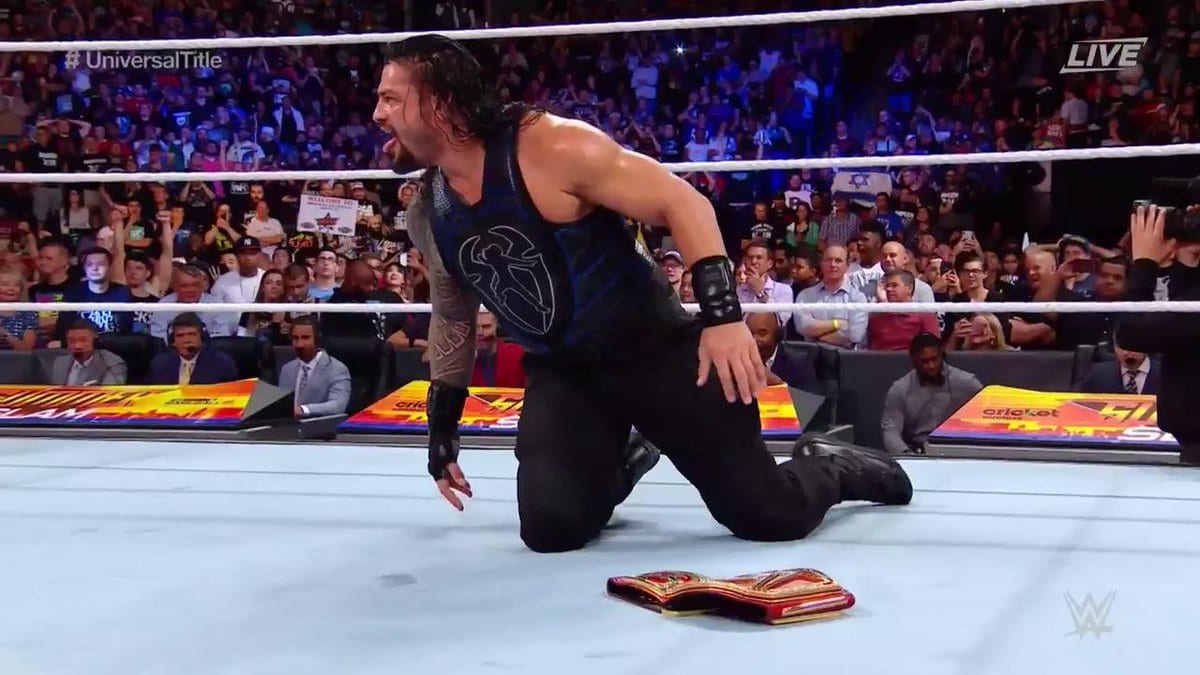 Brock Lesnar and Roman Reigns were just about to start their match during the main event of SummerSlam and then Bruan Strowman came down with his Money In The Bank briefcase in tow.

Braun took the microphone and looked Lesnar and Reigns over before saying he refuses to be a coward and cash in his MITB contract when his opponent’s back is turned. Then he wished both competitors good luck (while calling Lesnar Beastie Boy in the process) then Strowman said he’s going to stand at ringside and face the winner of the match no matter what happens.

Since Brock and Roman knew someone was getting those hands, Reigns got right to work on Lesnar. He hit a couple Superman Punches and three spears before Lesnar locked in a guillotine chokehold. Then Reigns picked Brock up and hit a spinebuster. That was just how things started.

This match continued and Reigns nailed Strowman with a suicide dive and Brock nailed him with an F5 and several chair shots. Then while Brock was distracted by Braun, Roman nailed him with a spear and won the Universal Title.

So Braun laid there and sold Lesnar’s attack and if it wasn’t for Lesnar, Roman would have had another match in Brooklyn. But instead, the show went off the air with Roman Reigns standing tall with his new title.