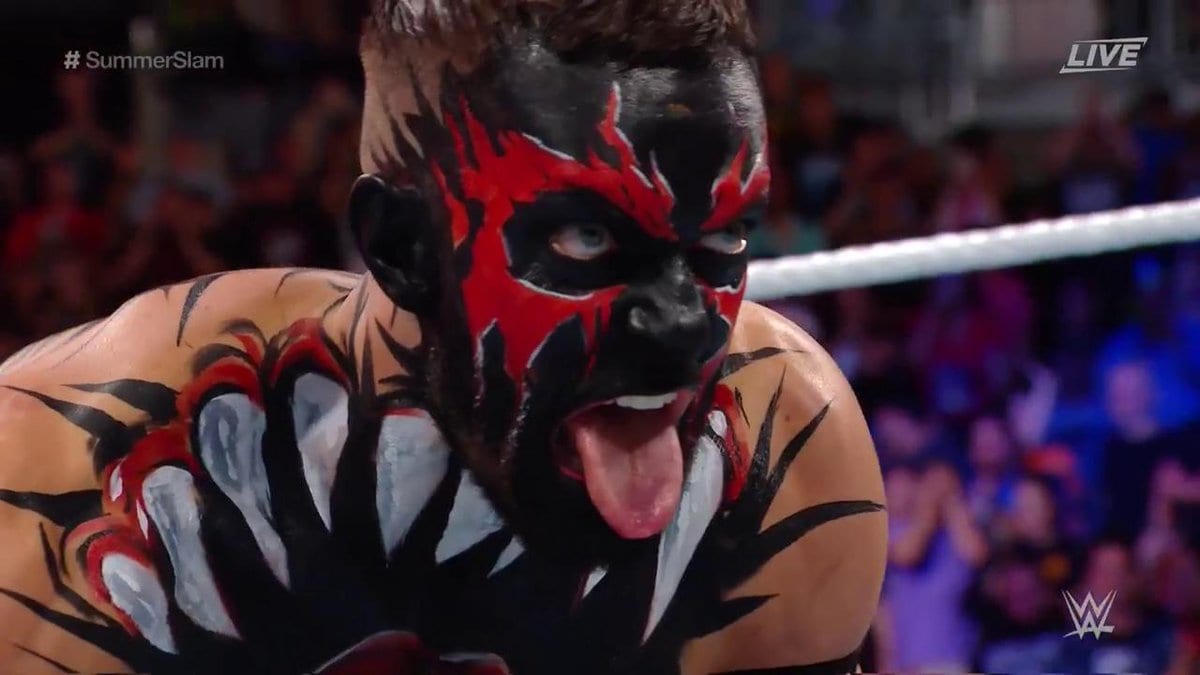 Baron Corbin was set to face Finn Balor at SummerSlam which is the last event he portrayed The Demon in 2016. Needless to say, it was a pretty big deal to see Balor as The Demon step out and the new CGI effects WWE uses for big events made the roof of the Barclays Center looks like a swirling hell above the ring.

It was a pretty great sight to see as Balor hasn’t portrayed the Demon character at SummerSlam since he won the Universal Champion to become the first-ever champion to hold the red belt. That was the same match Seth Rollins caused a shoulder injury for Balor thanks to a bucklebomb on the barrier.

Balor was nonstop as he turned his contest with Constable Corbin into pretty much a squash match marking the quickest match of the night at that point. But when The Demon comes out, you know he’s going to take care of business.

A dark cloud has been cast over @barclayscenter on @WWENetwork, because @FinnBalor has brought his DEMON to #SummerSlam! pic.twitter.com/25DbrjlXSV