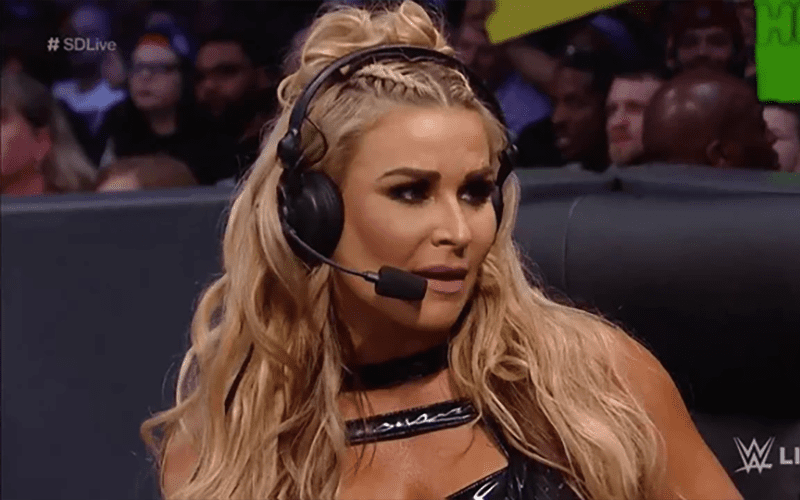 The wrestling world was sent into collective shock with the announcement that Jim “The Anvil” Neidhart had passed away last week.

In the aftermath of his death, RAW Superstar Natalya was allowed to return home to be with her family, as was her husband Tyson Kidd. Natalya was originally set to go one-on-one with RAW Women’s Champion Alexa Bliss. Kidd works backstage as a producer with the company.

Before her father’s death, Natalya was an integral part of the storyline leading up to the Bliss vs. Ronda Rousey bout at SummerSlam. It now appears that Natalya may be re-joining the storyline heading into the event this weekend.

PWInsider is reporting that both Natalya and Kidd are now in New York City following Neidhart’s funeral. They are reportedly there for SummerSlam, alongside the rest of the WWE roster.

This means that Natalya could join Rousey on her way to the ring, while Mickie James accompanies Bliss.

Do you believe Natalya will be used at the event? Did you expect her to be back so soon? Let us know in the comments below.