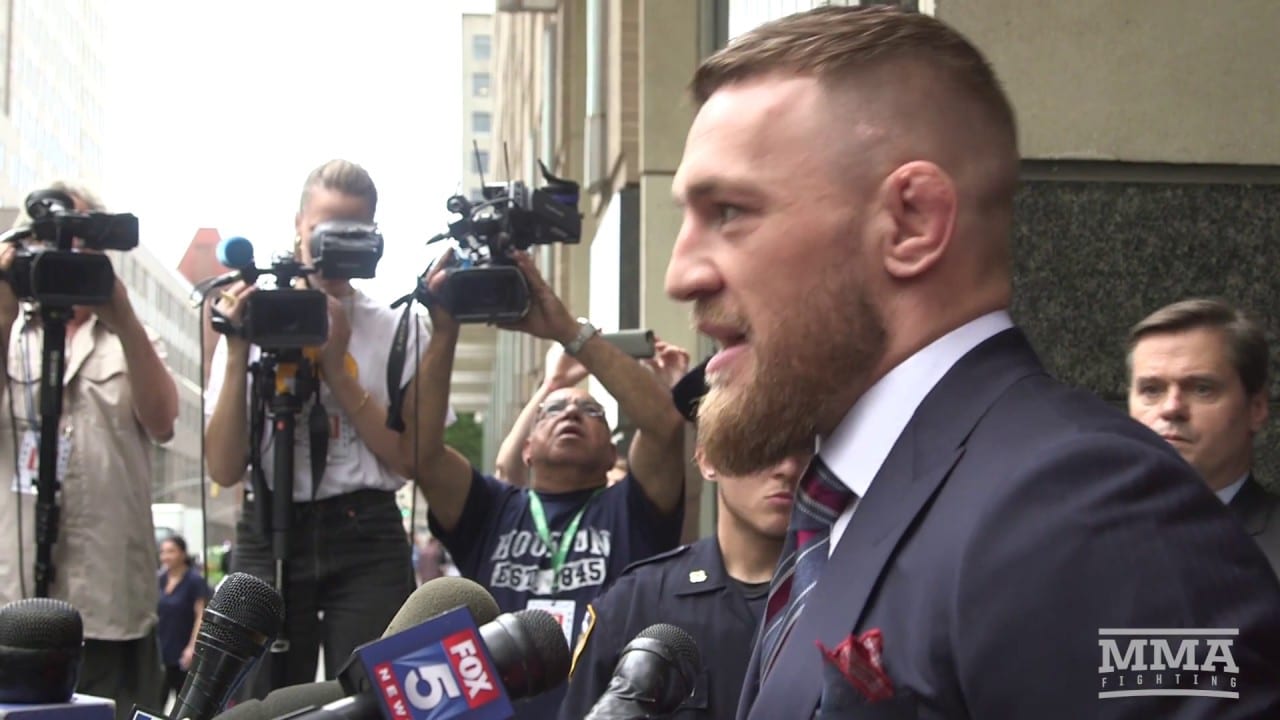 Right before he was brutally knocked out by Ricky Bandejas at Bellator 204, James Gallagher spoke with MMA Fighting about his Irish comrade Conor McGregor’s return to the Octagon this October against Khabib Nurmagomedov. Gallagher, who has been training with team Conor for almost a decade, expresses that Khabib has brought out the best in the former UFC Lightweight Champion.

He’s got that fire back inside of him. When you’re on the top of the world like he’s been for so long, you need to chill out for a little bit to get that hunger back. It’s hard to keep that hunger when you have everything that you’ve ever wanted.

“While he’s been away, Khabib has been creating some hype and getting himself in a position to fight Conor. There are a lot of people who see Khabib as a serious threat, so I think that’s given Conor a push to step up and say, ‘Nah, mate, I’m the champ around here — you’re not on my level.’ I think Conor’s going to show Khabib who’s boss and put him back in his box.

The fight, scheduled to main event UFC 229 at the T-Mobile arena in Las Vegas, has already sold a massive amount of tickets ($205 just for cheap seats) and contains a blood feud that began back in Brooklyn when Khabib taunted McGregor’s sparring partner Artem Lobov in a heated altercation. McGregor would then seek revenge for Lobov by throwing a guard rail at Nurmagomedov’s bus, causing an unnecessary amount of damage in an effort to hurt the big Russian. Flash forward to July of this year, where the Notorious One accepted the terms of a fight.

As of this time the UFC has no Plan B if either McGregor or Nurmagomedov get injured, but hopefully fate will be good to us fight fans.