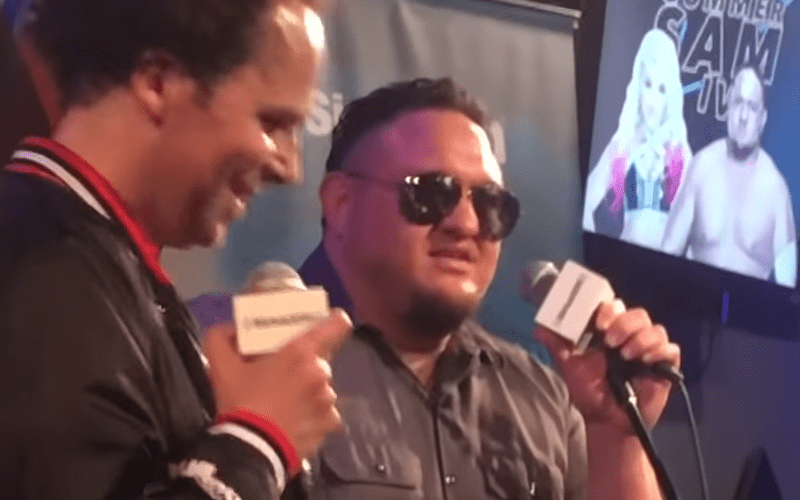 One of the most popular promos in TNA history was the one crafted by Scott Steiner ahead of his match at Sacrifice in 2008 against Samoa Joe and Kurt Angle. To this day, the promo is used as a meme and referenced in wrestling culture all the time.

On Thursday, Sam Roberts hosted a Q&A session with Samoa Joe at Carolines on Broadway. Joe was asked by a fan what he thought of the promo, given that he was a huge target by “Big Poppa Pump.”

Joe confirmed that he was behind the camera when the promo was being filmed and never took any offense to what Steiner said. He believes Steiner, much like with any feud, says whatever he needs to say to sell the feud and eventual fight.

Furthermore, Joe confirmed that Petey Williams continued to laugh throughout the promo, meaning that Steiner and the TNA staff had to shoot the promo 6 or 7 times before it ultimately went the way it was planned.

Joe had the following comments to say on the promo:

“What you guys don’t know is that the promo actually broke 6 or 7 times because Petey Williams couldn’t keep his sh*t together. And Scotty’s math just got better and better each time.”

You can see Joe answering the question, with aid from WWE’s Cathy Kelley below.

Do you enjoy the math promo? Was this your first time learning about it? Let us know in the comments below.

With H/T to Pro Wrestling Sheet for the transcription.