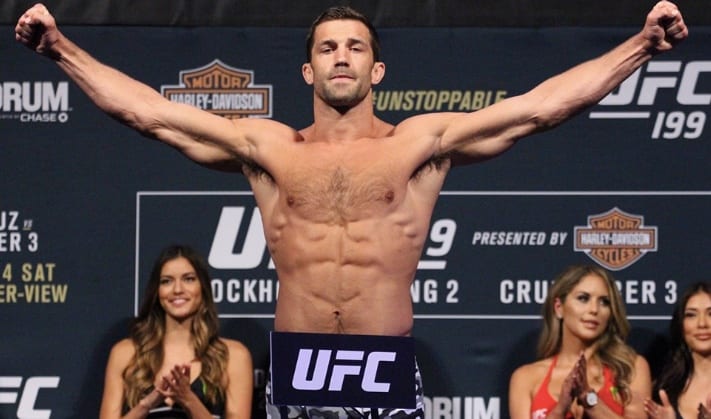 As reported by MMAjunkie, former UFC Middleweight Champion Luke Rockhold has revealed that his proposed rematch against Chris Weidman at UFC 230 won’t be made official until he is awarded a new contract.

Rockhold, 32, defeated Weidman way back at UFC 194 in convincing fashion to capture the UFC Middleweight Championship. Since then, however, Luke has gone 1-2 inside the Octagon and finds himself on the outside of the title picture looking in. Alas, many fans felt as if this rematch would wind up being his route back towards the top, but his contract issues seem to be hampering that.

Of course, it’s intriguing. Madison Square Garden vs. Weidman – (I’m) No. 2, he’s No. 3 (in the official UFC rankings). It’s a pretty clear-cut fight. You go out there and do the job at Madison Square … it’s fun, it’s sexy.

UFC 230, which will be the promotion’s third annual event at Madison Square Garden, is already set to be a middleweight showcase with Yoel Romero vs Paulo Costa, Ronaldo Souza vs David Branch and Derek Brunson vs Israel Adesanya all being confirmed for the show.

Rockhold’s last fight saw him get brutally knocked out at the hands of Romero, in a bout which would’ve seen him become the UFC Interim Middleweight Champion if he’d have been able to secure the win.