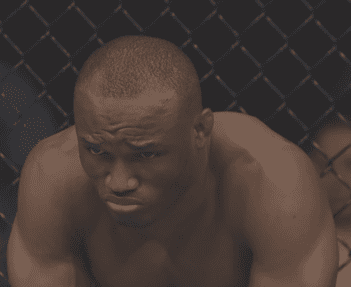 With UFC 228 less than a month a way, Kamaru Usman is keeping his fingers crossed. He’s currently not scheduled to fight on September the 8th, but that doesn’t mean he’s not preparing just in case. After all, the event will be taking place in his hometown of Dallas, and Usman is eager to fight in front of his friends and family. As he told Fansided, he wants to be “available” in case for some reason the Welterweight title bout between Tyron Woodley and Darren Till runs into any problems.

It wasn’t really something that was contractual or anything like that. When the fight was announced, I was training for the fight. I was like, ‘Okay, September 8th, I’m going to be fighting. Obviously, with time, it got to the point where my management was starting to talk with the UFC about possibly doing something like that – get ready as a backup. But there was no doubt in my mind when that fight was announced – I’m from Dallas; that’s my hometown – and I always thought this is how I would win the title. There would be some kind of controversy; someone would fall out or something like that and that’s how I would get the title.

Even if Usman doesn’t replace Till or Woodley there is still a slight chance UFC would want to add him to the card to help with their gate draw. Problem is, the season 21 winner of Ultimate Fighter is not the easiest person to find an opponent for, having smothered his last 7 UFC opponents and holding an overall MMA record of 13-1. Either way, Kamaru believes that if he takes enough chances he’ll eventually get what he wants: the title.

I fought Emil Meek when I was in the Top 10, Top 15 and he has one fight in the UFC, just because he was the only guy that was willing to step up. I fought Sergio Moraes – I’m in the Top 15, he’s not even ranked and he’s a very tough opponent, but I still took that chance.

I’ve been the guy who has consistently taken that chance of fighting those guys and right now, it feels like it’s time for me to get those marquee fights that get me to my goal of being the champion. If not, maybe I should look for something else.