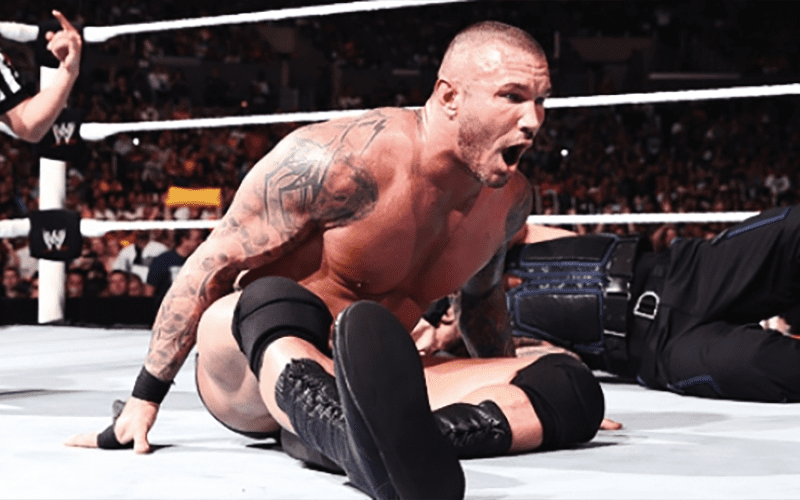 Randy Orton didn’t appear on SmackDown Live during the actual show except for one segment where he was seen peeking out from behind a curtain backstage. He obviously isn’t happy that he doesn’t have a SummerSlam match at this point.

We’ve previously reported that allegations about Ortona’s behavior have resurfaced from years ago when he would do things like touching his man parts and then offer to shake someone’s hand backstage, usually a new writer. When they didn’t want to shake his hand he would say they were “big leagueing” him.

After SmackDown Live went off the air, Cassidy Haynes of Bodyslam.net sent word that Orton did compete in a dark match. He even tried to shake one of the WWE employees’ hands at ringside. But the employees reportedly just laughed and looked the other way.

This could be a huge sign that Orton’s inappropriate behavior is being largely forgotten about backstage. Only time will tell if Orton starts eating crow on television or gets moved out of the storyline, but for now it appears everything is fine for Orton. Let’s just see what SummerSlam brings for The Viper.