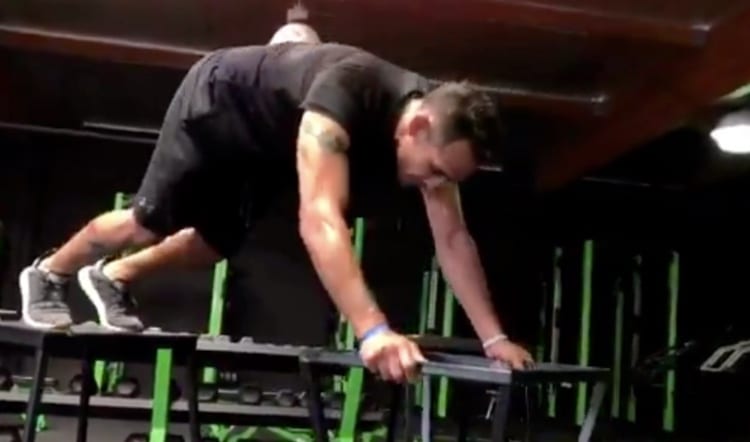 Ex-Interim Lightweight Champion Tony Ferguson has caused quite a stir on social media by posting a risky video of him attempting different stunts in the wake of him being cleared to return to action.

El Cucuy, 34, tripped over some wiring whilst taking part in media obligations for his scheduled UFC 223 fight against Khabib Nurmagomedov which caused him to tear his fibular collateral ligament. Now, however, he seems to have undergone a miraculous recovery and is scheduled to return to the Octagon at some point in the next few months.

Alas, fans weren’t best pleased to see him taking such risks in the below video when he is supposed to be focusing on actual MMA training.

In reality, it seems like Ferguson was doing nothing more than living up to his wacky personality, and that’s one of the many reasons why so many people love him. Tony has always been a polarising figure but he certainly knows how to get the attention of MMA fans, and he’ll continue to do so throughout the remainder of his career.

Ferguson was stripped of his aforementioned UFC Interim Lightweight Championship following his injury, with Khabib now being set to defend his undisputed title against former champion Conor McGregor. Whilst it isn’t confirmed, there’s a good chance that Ferguson will end up squaring off against the winner of that fight somewhere down the road.