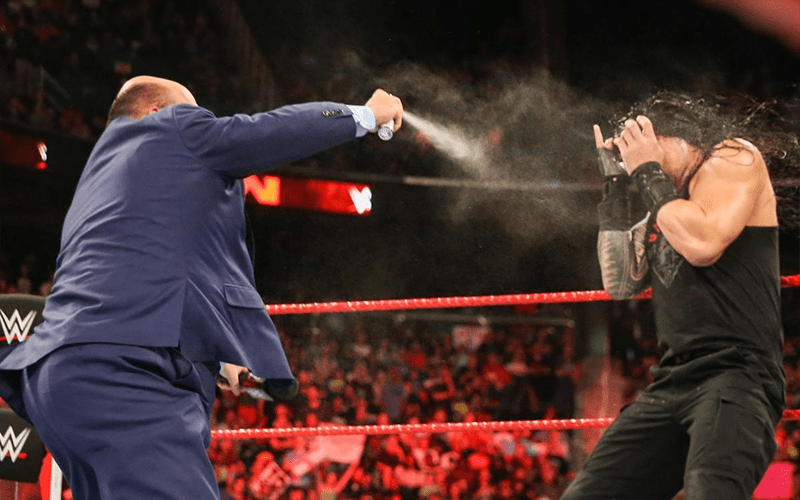 Roman Reigns teased joining Paul Heyman for a split moment on Raw this week and then when he was least expecting it, The Big Dog got a face full of pepper spray.

The pepper spray that Heyman hit Reigns with looked very real leading some fans to wonder what WWE used. Bryan Alvarez said during Wrestling Observer Live that this spot was actually more authentic than most would think.

“What I’m saying is it was a shoot last night,it was real pepper spray — you know what I’m talking about. It’s not Roman pretending last night. Last night was exactly as it appeared on television and Roman figured if you can’t beat them, join them.”

This is very confusing because there is a lot of risk to spraying someone in the face with actual pepper spray. But Alvarez said, “it was a shoot” and didn’t seem to back down from how real the pepper spray was.