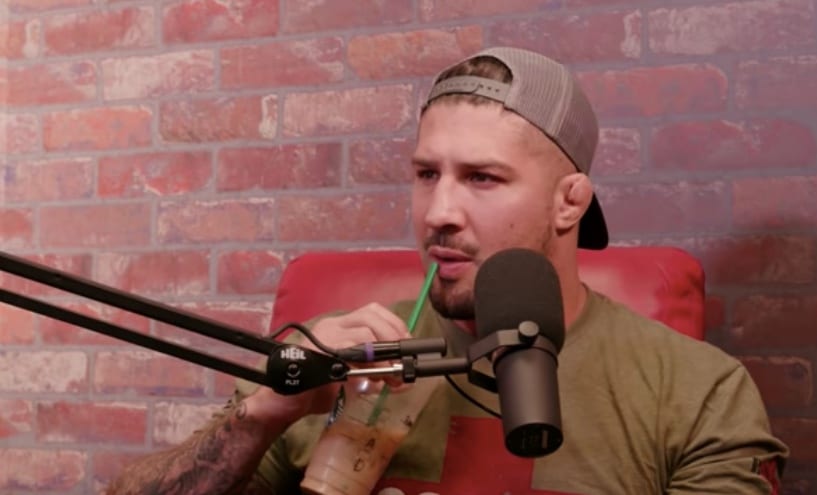 As seen on his podcast, former UFC fighter Brendan Schaub has gone after the Ultimate Fighting Championship for choosing to heavily promote ex-NFL star Greg Hardy over Nick Newell.

Schaub, who had a 6-5 record with the promotion before retiring, was speaking out against Dana White in the wake of the UFC president’s comments regarding Newell’s Contender Series loss. For those who don’t know, Nick Newell was born with a congenital amputation of his left arm just under the elbow and spent years attempting to break his way into the UFC before eventually being given his shot.

Greg Hardy, on the other hand, has gained a lot of attention after also competing on the Contender Series – although his domestic abuse past has caused many fans to sour on him already. Schaub, who is now in the entertainment business, had the following to say on the matter.

I just don’t understand. I don’t understand why he’s in that bulls*** Contender Series. They’re just doing it for views. They’re riding and dying on Greg Hardy which is hilarious. It just shows you the nature of the business and what you’re dealing with with Dana White being a promoter.

I would bet my life on it that Nick Newell sells more tickets than Greg Hardy, especially as an established fighter who’s a congenital amputee. His story is so much better.

That was just a snippet of the tirade that Schaub went on regarding this topic, as the apparent feud between the two men continues.

Brendan & Dana haven’t seen eye to eye for many years now, with Schaub taking exception to some comments White made about him a few months back.