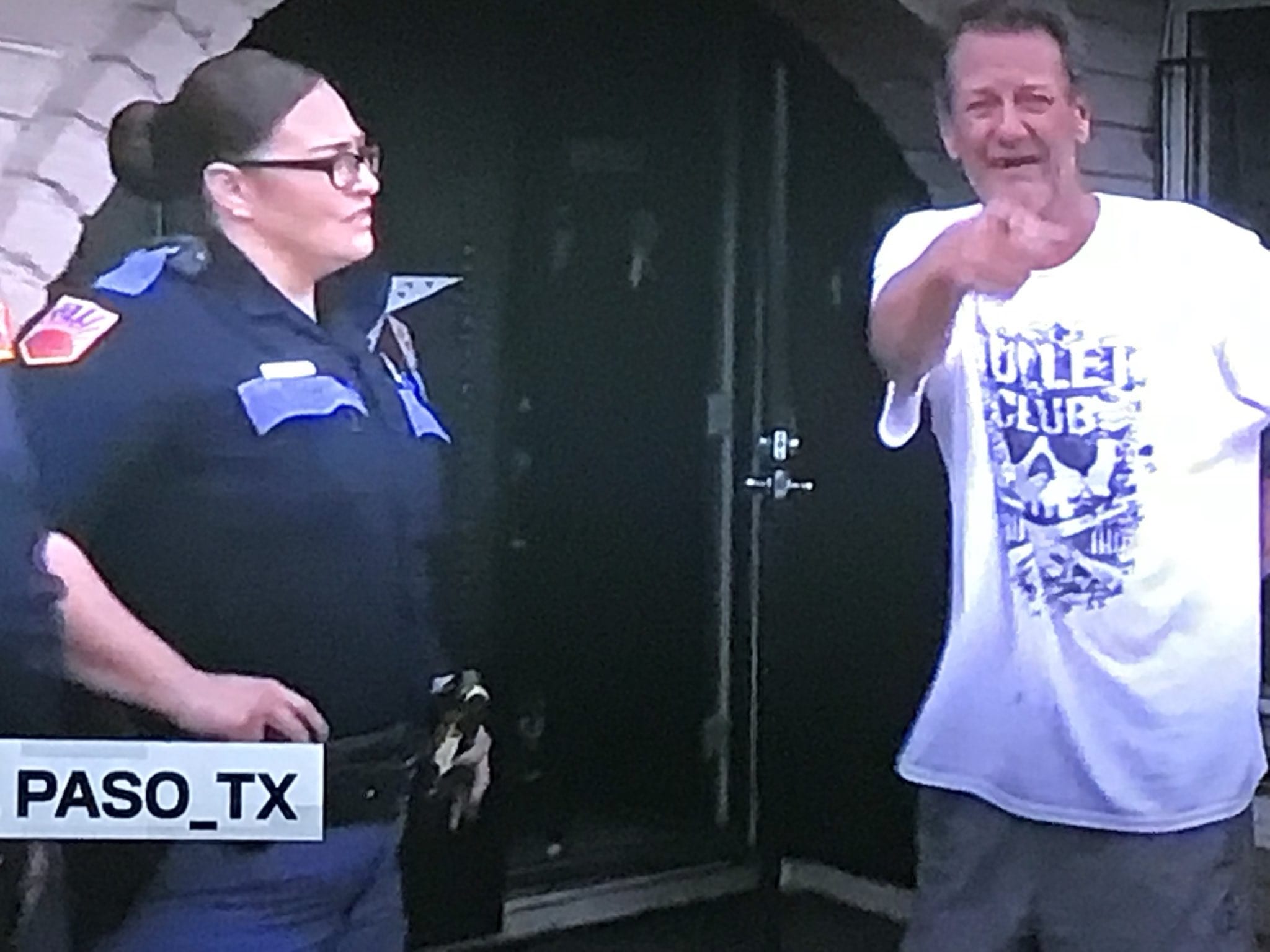 The Bullet Club’s popularity is pretty remarkable at this point. They’re showing up all over the place. Now it turns out they’re even getting some credit in the criminal sector.

This image has since gone viral and plenty of fans are pointing out several ironies. First off, where did that guy get his BC gear in the first place? He might have just liked it because it said “bullet” on it, but he still picked this white t-shirt to go out drinking.

Jim Cornette has retweeted a fan or two about two about the happening as well. He hasn’t commented directly yet but the themes of the messages he retweeted relayed the idea that this was the typical Bullet Club fan.

It might be true that there is no such bad thing as bad publicity because at least the BC guys are getting their name and logo out there. But there might be more preferable ways to get your brand out there.