Smith Jr. talks about the recent incident between him and Jake “The Snake” Roberts. He points out that the entire thing was blown out of proportion and he has since buried the hatchet with Roberts. He says his real issue is with the dirt sheets who spread the rumours and fuelled the fire at that time.

Smith Jr. says his father did a lot of good things for WWE throughout his career, and he wishes they could have done more for him. He also wishes that his father would have had a Championship run with WWE. Nonetheless, he knows that he can’t turn back the clock and he can’t change the past. 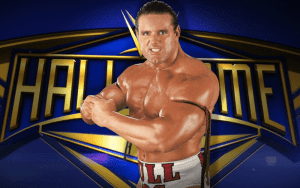 Speaking about the upcoming WWE Evolution PPV, Smith Jr. says he’d love to see Natalya do something with Ronda Rousey. He’s also a big fan of NXT Women’s Champion, Shayna Baszler, and he wouldn’t mind seeing Natalya work with her at some point.