Lawler doesn’t want to believe that Brian actually took his own life, and he just wants to get to the bottom of what really happened in the jail cell that day. Even if it is proven that Brian actually took his own life, Lawler can’t understand how someone in prison could have access to something to hang themselves with. Lawler’s lawyer told him that this whole thing “…doesn’t pass the smell test”.

Lawler points out that Brian’s goal was to get sober, clean himself up, and then start helping people who were in a situation similar to his. Moore points out that it’s rare for someone with those goals to take their own life just days later. 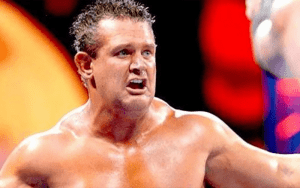 Lawler points out that Brian didn’t want a sad, sombre service. He thanks the Pastor for being so accommodating with their wishes to have a celebration of Brian’s life. He thought the service was beautiful, and it was exactly what Brian would have wanted.

He thanks everyone for their kind messages of love and support during this difficult time. He urges every parent to tell their kids that they love them, because he didn’t say that enough to Brian.

That sums up this week’s episode of Dinner With The King. From everyone at Ringside News, we send our thoughts and prayers to Jerry and the Lawler family.

You can listen to the show yourself anytime here, and I’ll catch ya next week for another recap.