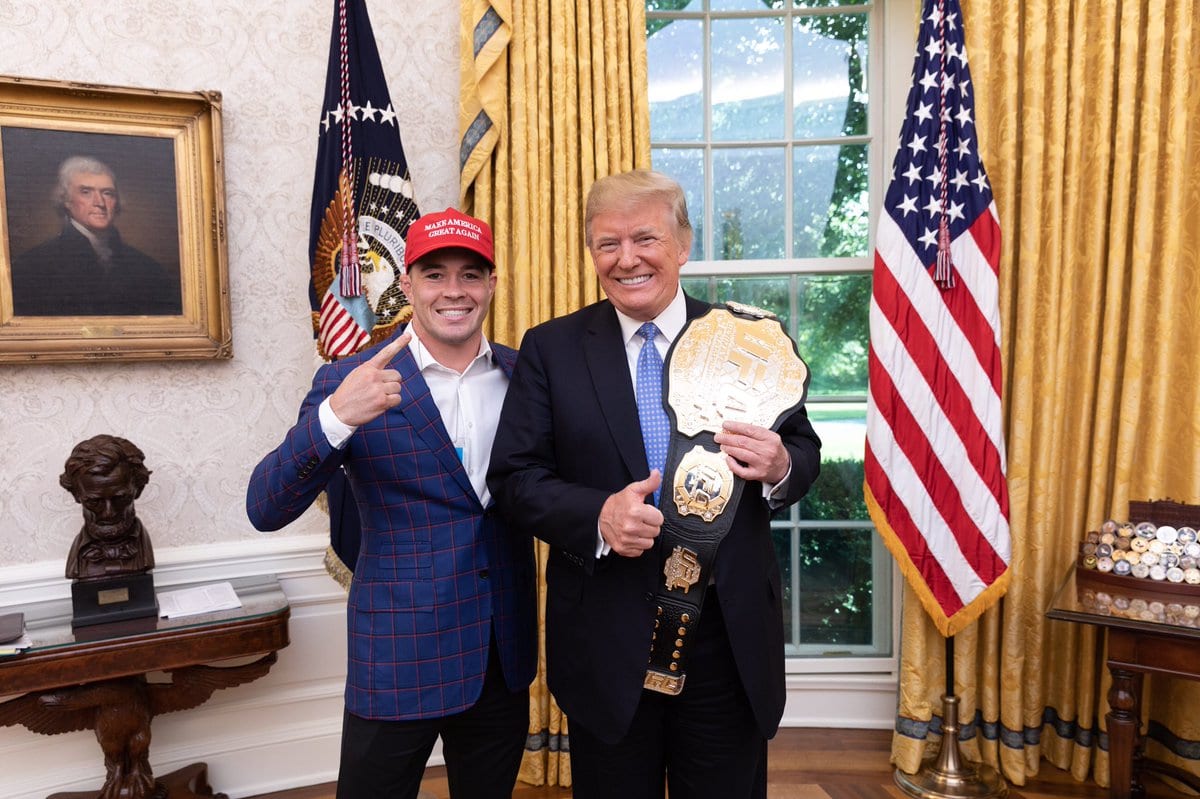 As we reported earlier, UFC President Dana White stole UFC Welterweight Colby Covington’s thunder when he beat him to an audience with the POTUS Donald Trump.

However, the former Interim Welterweight Champion wasn’t far behind as he did manage to make his prediction of meeting Donald Trump and presenting the UFC belt come true.

Covington’s time with the belt, however, is on a timer as Dana White and the UFC recently announced a Welterweight Title fight between lineal Champion Tyron Woodley and british sensation Darren Till to headline UFC 228.

It was also informed that the moment the fight starts, Colby Covington would be stripped of his interim belt.