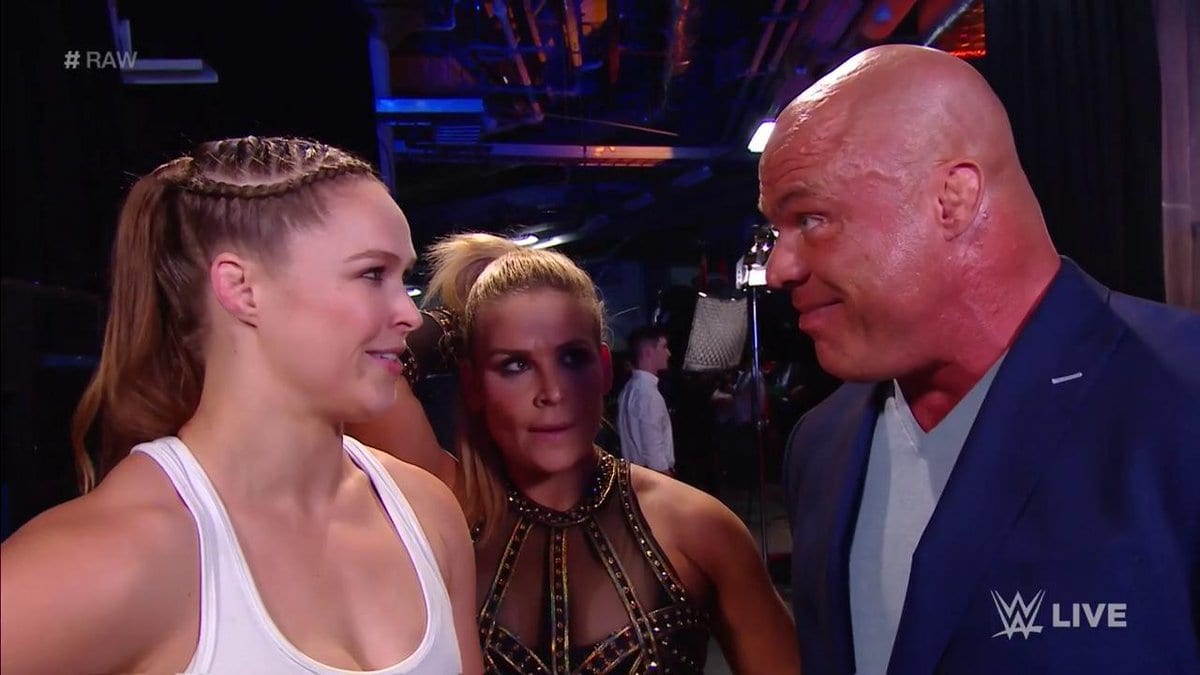 Ronda Rousey has been somewhat protected when it comes to her involvement in matches and now it looks like we’re going to get our first taste of Rousey in a singles match on Raw.

Alicia Fox is Alexa Bliss’ current buddy who she is using for her own benefit and she crossed Rousey this week. Actually, she more than crossed her because throwing her into the barricade several times is way worse.

After the segment, Rousey demanded Bliss before SummerSlam saying she was just going to get suspended. So Angle booked her in a singles match we all wanted to see instead: Rousey vs Alicia Fox. This makes perfect sense seeing how Foxy got in Travis Browne’s face during Mania weekend.

It will happen next week and it’s our first chance to see Rousey on Raw in a singles match. So you can look forward to Rousey likely being very unforgiving with Fox next week.