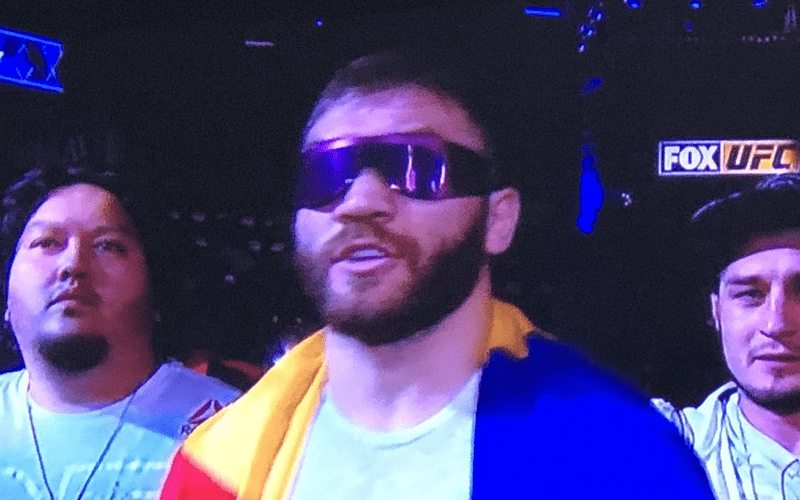 Ion Cutelaba came out to Bret Hart’s theme music during tonight’s UFC Calgary event ahead of his fight against Gadzhimurad Antigulov. Cutelaba was also sporting Bret’s signature sunglasses, as seen below.

The announce team made mention of it and said that he was paying tribute to Bret Hart, who is from Canada.