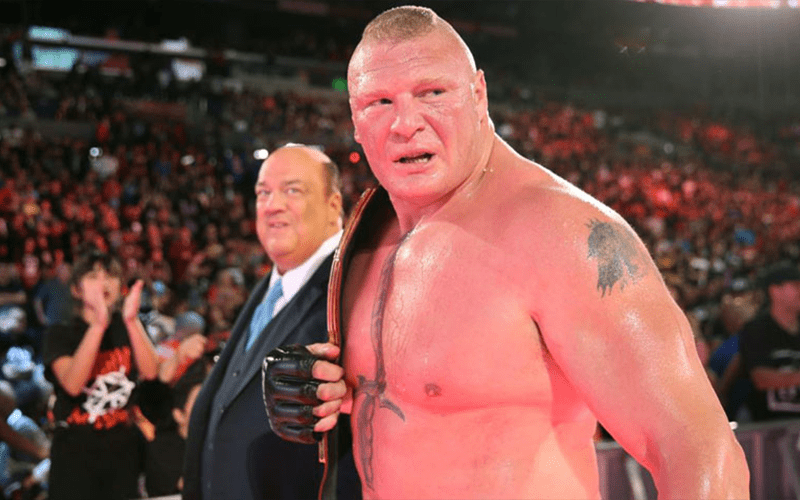 There is no denying how controversial Universal Champion Brock Lesnar is. Whether it is his in-ring style or his part-time nature, there is a lot of hatred from the WWE and professional wrestling fanbase for the longest-reigning Universal Champion in WWE history.

Former General Manager Teddy Long was a guest on the Wrestling Inc. podcast where he discussed what he thinks about Lesnar and his position within the company.

Long first claims Lesnar is a great guy, even before his days as being famous.

“He’s a nice guy, great guy. I worked with him before he even really got famous, back when he first started coming in and first started wrestling. So yeah, Brock’s a very nice guy.”

Long also explains that his position doesn’t surprise him based on the nature of his character. The former General Manager believes Lesnar just understands his worth and knows how to bargain.

“It really doesn’t surprise me because sometimes you take a lot of guys and before they sign, they make a lot of demands on what they want and what they don’t want. I think Brock just understands maybe how valuable he is to the company, so he makes these demands and I guess he just shows up whenever he’s supposed to or whenever they call him. I don’t know, I don’t know anybody else and I’ve never seen anybody else do that. But I’m just saying God bless him, if he’s got it like that, then go ‘head.”

Lesnar is scheduled to defend his Universal Championship against Roman Reigns at SummerSlam.

Do you like or dislike Lesnar, and why? Do you feel Reigns is taking the Championship from him at SummerSlam? Sound off in the comments below.