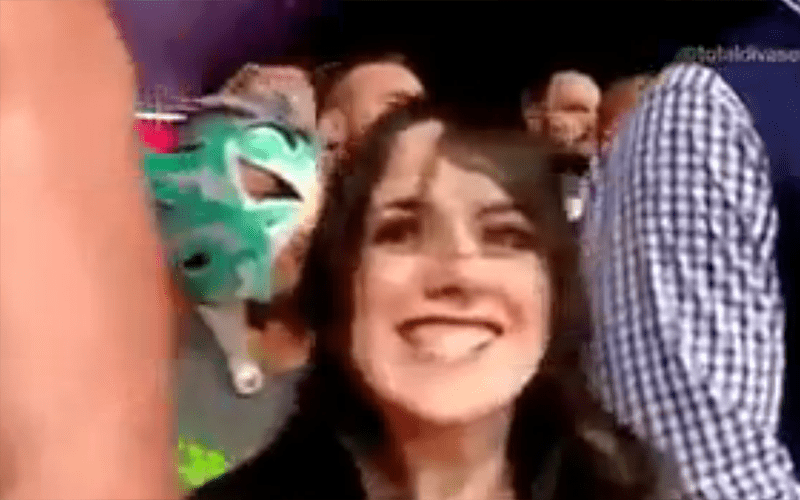 As seen on Monday’s episode of RAW, the entire WWE roster assembled atop of the ramp in the opening segment of the show that saw Vince McMahon, Stephanie McMahon and Triple H announce the first-ever all women’s pay-per-view event.

Among those talents standing on the ramp during the segment is Nikki Cross, whom has yet to debut on the main roster officially on television. The reason she was there is that she is on the road this week with the Superstars of SmackDown Live. On Saturday in St. Louis, Missouri and Sunday in Springfield, Illinois, she teamed with Asuka and Naomi to defeat Lana and The IIconics.

WWE sent out a clip of Cross’ ring entrance at Sunday’s show.

Shortly after appearing on RAW, Cross sent out the below tweet.

Below is a clip of Nikki on RAW.