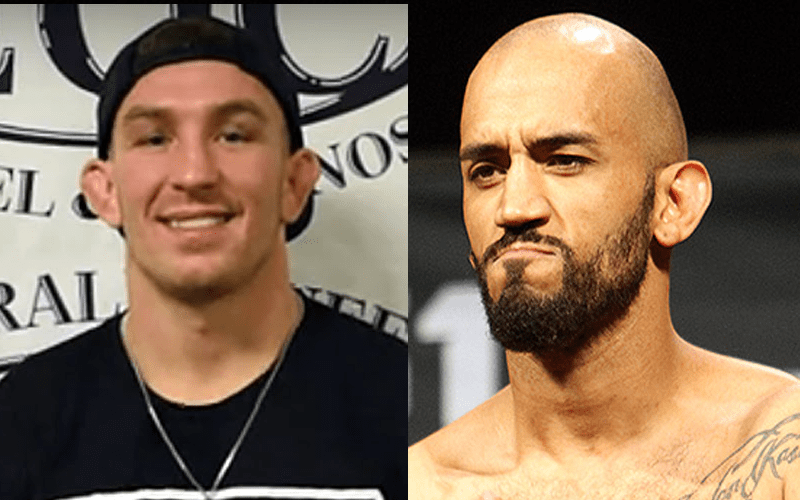 UFC Strawweight Paige VanZant’s fiance Austin Vanderford had his shot at securing a UFC contract in last week’s episode of Dana White’s Tuesday Night Contender Series, but unfortunately didn’t have the rub of the green go his way despite getting his hand raised.

Vanderford defeated Angelo Trevino via second round rear naked choke, but lost out on a UFC contract as the other 3 winners on the night were picked ahead of him.

However, Vanderford is far from deflated by the outcome, and is glad that he is in the UFC’s radar. He spoke to Ariel Helwani of ESPN and told him that he would be willing to fight the vanquisher of CM Punk, Mike ‘The Truth’ Jackson if the UFC wants him to.

He also maintained the same on Twiter when he addressed Jackson.

The @ufc said you need an opponent for you and I said I’m game. https://t.co/iCq1PlJ9HD

You can see the entire interview on Helwani’s MMA show below: