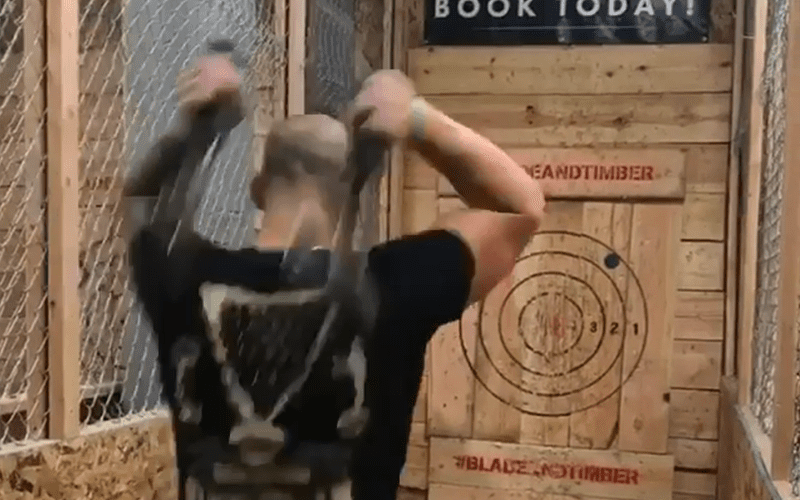 The Constable of Raw has many talents. He is a former football player and knows how to spot a quality wristwatch. Now we’re getting to see another talent of Baron Corbin’s as he throws axes like a champ.

Corbin recently toured the Blade And Timber facility where he had a chance to throw some axes in the process. It looks like he’s had plenty of practice before because he’s got some skills.

Not only can Baron nail multiple axes at the same time, but he can also hit one right in the center with his eyes closed. Maybe he could implement this into his character on television although the ax throwing part might get a little dangerous.

Either way, it’s still a pretty entertaining little piece of Corbin’s day that he was nice enough to share with us.