NJPW and ROH announced recently that they’ll be holding a joint show at MSG during WrestleMania weekend next year. Ryback points out that this has never really been done before so it’ll be interesting to see how it plays out, but he congratulates those companies for making this happen. He wonders whether the fan base will be strong enough there to fill MSG while the show is running in direct competition with WWE’s WrestleMania weekend. He thinks they’ll do fine.

Ryback comments on the Hart Family drama that surfaced this pat week. Bret Hart spoke out, calling Owen Hart’s Widow a square-headed person, who’s trying to erase Owen’s memory. Owen’s Widow then issued a statement expressing her disappointment in Bret’s words. She still blames WWE for Owen’s death and she doesn’t want them to profit from Owen’s name. Ryback notes that the accident that took Owen’s life was “F***ing horrific” and the Hart family is obviously still grieving. 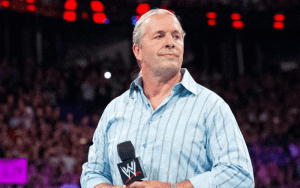 He understands both sides of this story. WWE certainly profits from their Hall of Fame ceremony and Owens’s Widow doesn’t want anything to do with that. Ryback notes that perhaps the solution would be WWE paying the Hart family in order to induct Owen into the Hall of Fame. Ryback admits it would be nice to see Owen inducted, but fans don’t have the right to be angry at the family for not allowing it to happen. Regardless, he doesn’t think Owen’s work will ever be forgotten.