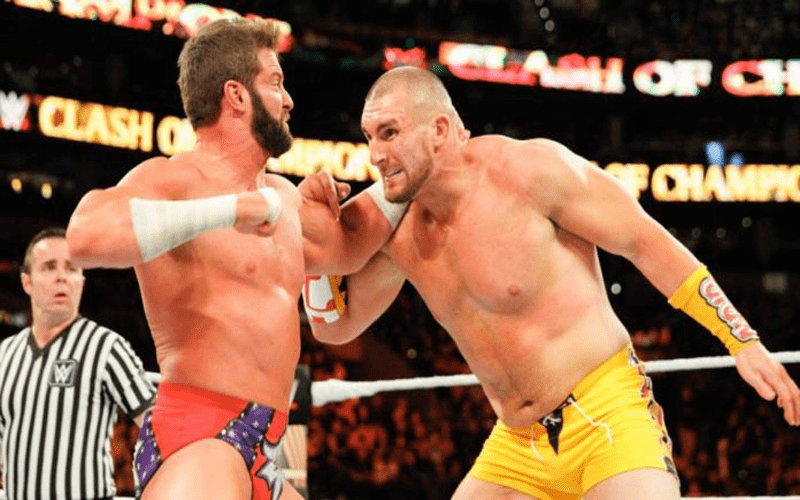 There was once a time when Mojo Rawley and Zack Ryder were the best of friends. In fact, the duo was a popular tag team in NXT and SmackDown Live- known as The Hype Bros. That all changed when Rawley turned his back on Ryder, signaling a new start for both men.

Last year, on the November 28 episode of SmackDown Live, The Hype Bros took a loss to The Bludgeon Brothers. Following the match, after weeks of dissension, Rawley turned heel by attacking his now-former tag team partner. The two met twice- first at Clash of Champions and later during the United States Championship tournament. Rawley won on both occasions.

Flash forward to the post-WrestleMania Superstar shake-up and both Ryder and Rawley were drafted to RAW. Now remaining on the same brand, Ryder thought it a good idea to wish his former partner a happy birthday…or not.

Ryder tweeted a happy birthday to Rawley, before revealing he was just kidding and, in fact, hopes Rawley has a bad day.

This was an unprovoked, weird decision by Ryder as their feud seemingly ended on WWE TV months ago. Given the recent push Rawley has been receiving on RAW, this could be WWE’s way of starting a feud between the two based around the success they had when the two faced off on SmackDown Live. If fans remember, Rawley cut a promo on his Twitter account that had the entire WWE Universe talking, and this could be the beginning of a rehash.

Rawley eventually responded to his former partner, claiming every day feels like a birthday after he got rid of The Hype Bros.

Every single day has felt like my birthday since I killed the Hype Bros. https://t.co/Vf844jjSZc

It remains to be seen what does happen between these two, but it does appear Rawley is on track to be a prominent Superstar on RAW moving forward.

Would you like to see these two go at it again? Who would you want to win? Sound off in the comments below.